Tokyo Olympics 2020: Archery will have a unique use of cameras, will keep an eye on the players differently, know what is the matter 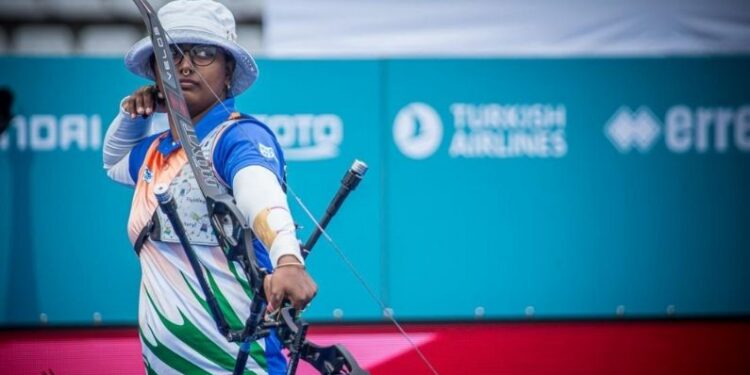 World Archery has personally tried this special technique at its level, but it has never been shown on screen.

Before the Tokyo Olympics-2020 (Tokyo Olympics 2020), India’s veteran female archer Deepika Kumari had created a panic by winning three medals in the World Cup and from here her hopes of winning a medal in the Grand Kumbh of the Games have also doubled. . She is one of the strong contenders for medals for the country, although facing pressure in the Olympic Games is not everyone’s business. A lot of players are worried about this. Deepika Kumari will obviously have to face this pressure too but her stress level and heart palpitations during the upcoming Tokyo Olympic Games at Yumenoshima Park can be seen ‘live’ on TV during the knockout rounds as part of the World Archery initiative. is.

The technology is among those being used for the first time during the Games starting Friday in Japan’s capital. A World Archery official said that under Panasonic’s heartbeat measurement technology, for the first time, an archer’s heartbeat will be measured through a camera and it will be broadcast live to the audience. Deepika, a medal contender for her third successive Olympics, was knocked out in the first round of knockout at the London Olympics, while five years ago in Rio she once again collapsed under pressure and lost in straight sets in the third round.

only spectators can see

Archers, however, will not get to see these figures as they are only for TV viewers. An official told PTI, “The cameras will keep an eye on the change in the color and shape of the skin of the face due to the change in blood flow. Through this we can know the heartbeat and the level of stress from it. This will show the audience the stress level, whether the archer’s stress level, heart beat or not before the decisive shot.

World Archery has tried this technique privately, but it was never shown on screen. Also, during the qualification for the first time, separate targets will be set for all 64 archers to create social distance. Archery will be the first sport in the Olympics this time in which ‘biometric’ data will be broadcast live, the official said.

In this case, the Indian team turned out to be laggy, also went through teams like Zimbabwe, Ireland.