Tokyo Olympics 2020: A tweet caused disaster on NRAI, users removed the tweet in the pursuit of show-playing 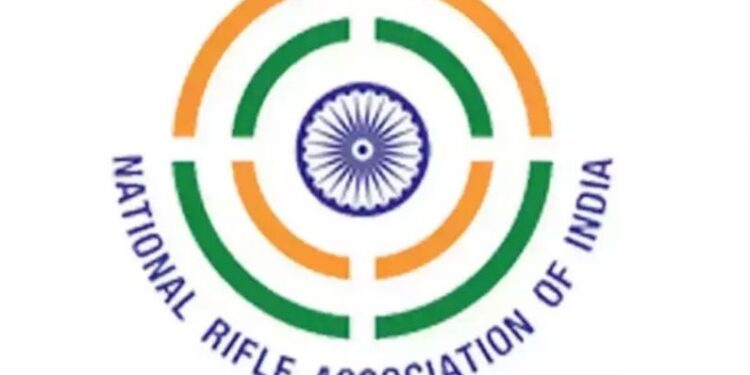 The first batch of Indian players reached Tokyo on Sunday to take part in the Tokyo Olympics-2021 and entered the sports village.

Tokyo Olympics-2021 (Tokyo Olympicsw-2020) is starting from July 23 in Japan and the shooters of India have reached the host country for it, but even before the start of the Games, the National Rifle Association of India (NRAI) on Sunday. Got pulled up on Twitter and this issue is related to the players who reached the Tokyo Olympics. Some players who arrived in Tokyo received gifts upon arrival at the game village, including a Samsung mobile phone. NRAI made a tweet in this regard and wrote, “Samsung Mobile is one of the gifts the players received on reaching the Tokyo 2020 Olympic Village.” But after some time the Sangh removed this tweet. 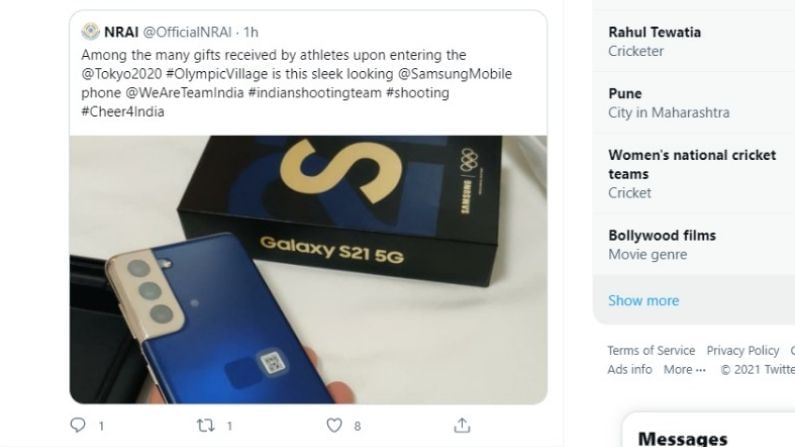 Screenshot of NRAI’s tweet which has now been deleted.

There are medal hopes from many Indian shooters in the Tokyo Olympics. Among them, Manu Bhaker, Saurabh Chaudhary, Anjum Modgil have gone to Tokyo as big contenders. India’s first batch for the Tokyo Games arrived in the Japanese capital on Sunday morning and after following strict COVID-19 guidelines at the airport, they entered the sports village, which is likely to start practice from Monday. After the 88-member team, including 54 players who had left from India, reached the airport here, there was a COVID-19 investigation, in which all the reports were negative. The Sports Authority of India (SAI) said in the release that the players will start practice from Monday.

The first batch that left India was given a grand farewell in New Delhi on Saturday night. Meanwhile, shooters and boxers arrived in the capital of Japan from Croatia and Italy. The traveling contingent from India includes men’s and women’s teams in archery, badminton, table tennis, hockey, judo, gymnastics and swimming players, support staff and officials. They reached Tokyo by special plane from New Delhi.

IND vs SL: Krunal Pandya collided with the batsman while stopping the ball, then got up and did a heart-winning work, watch video