Tokyo Olympic Games may still be canceled, the head of the organizing committee indicated 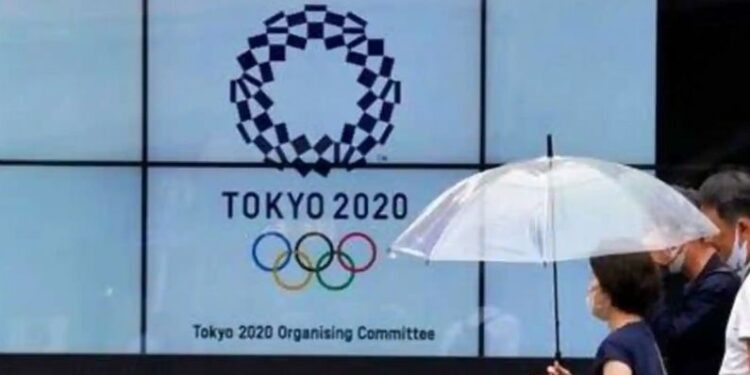 The Tokyo Olympic Games 2020 is to start from 23 July. Players from all over the world are reaching the sports village of Tokyo to play in this tournament.

The Tokyo Olympics is to begin on 23 July.

The Tokyo Olympic Games 2020 can still be canceled. The organizing committee of these games has given such indications on July 20. He says that if the corona case increases during the tournament and the players fall prey to it, then the Olympics can be canceled. Tokyo Olympic Committee head Toshiro Muto made this statement at a press conference. He was asked whether the Olympics could still be canceled. To this, Toshiro Muto said that he is keeping an eye on the cases of Corona case and will also talk with other organizers if needed. He said, ‘If matters continue to escalate, we will continue the talks. We have agreed that in view of the situation of Corona, we will talk again. At this time the cases of corona may increase or decrease. So we will think about it when the situation worsens.

Before the Olympic Games, there has been a jump in the cases of corona in Tokyo. Along with this, some players have also been found positive in the Olympic Games Village. Among the players found to be Corona positive, two are members of the baseball team of Mexico and one is a player of the Czech Republic. Apart from this, some members of the South African football team have also been found positive. Since July 1, 67 cases of corona have been found in people associated with these sports in Japan. On July 20, 1387 new cases of corona have been reported in Tokyo. In the coming time, when all the players and their support staff will reach here, then it will have to be seen how the situation of Corona remains.

Due to Corona cases, it was decided to organize the Tokyo Olympics without spectators. This decision was taken only recently. However, a spokesman for the Tokyo Games expressed hope that the Games will be completed successfully and that all attention is on this side.

Many sponsors cut off the opening ceremony

Earlier, the head of the International Olympic Committee, Thomas Bach, had said that there was no option to cancel the Games. He promised to organize the event in a safe and successful manner. Players are being tested daily to protect against Corona. Meanwhile, many sponsors have cut short the opening ceremony of the Olympic Games. These include Panasonic, Fujitsu and NEC Corporation. Toyota Motors has removed all its advertisements related to the Olympic Games.

read this also: The special things that blow the senses of the sports village of Tokyo Olympics, costing Rs 36 billion, the sea on 3 sides, 21 buildings of 18 floors