To prolong his career, this veteran batsman left wicketkeeping, made a record that no one could make 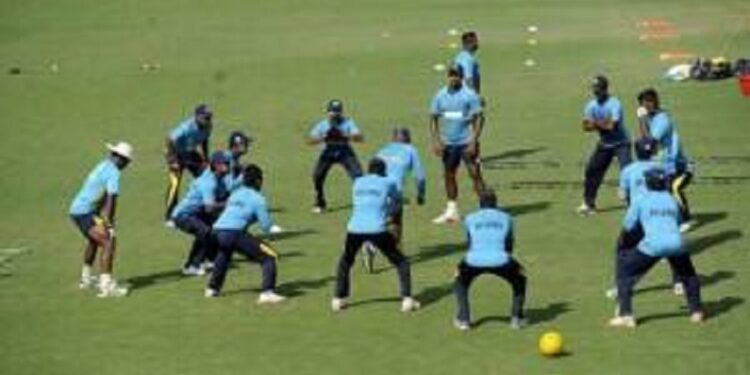 What this player did in the history of ODI cricket was astonishing in itself. You rarely see such a performance.

Mahendra Singh Dhoni, the former captain of the Indian cricket team, played 90 Test matches in his career and also participated in 350 ODIs. Not only this, 98 T20 matches were also registered in his account. One of his many special things in such a long career was that he was also a part of Team India as a batsman as well as a wicketkeeper from the beginning to the end of his career. But the player we are going to talk about today had said goodbye to his wicketkeeping responsibility with the aim of prolonging his batting career. Today is the birthday of this player. Come, let us tell you the name of this legendary cricketer born on July 14, 1967 and also his interesting story.

We are talking about Hasan Tillakaratne, the stalwart batsman of the Sri Lankan cricket team. Tillakaratne was counted among such batsmen, who once settled at the crease, it proved to be a difficult task to get out. In this matter, he was no less than Arvind de Silva and Mahela Jayawardene in any respect. Tillakaratne made his international debut on 27 November 1986 against India. At the same time, as a wicket-keeper batsman, he made his Test debut against Australia in 1989. However, from December 1992, he played as a specialist batsman and in 1994 said goodbye to wicketkeeping completely. After that, he played important responsibility in the Sri Lankan team for many years. However, there came a time when it seemed that his career was over, in the year 2001-02, he again returned to the team. Then playing a total of five Test matches against India, Bangladesh and West Indies, he scored 549 runs and the amazing thing was that he got out only once.

Scored a century by landing at number seven

The player, who was part of Sri Lanka’s 1996 World Cup winning team, was given the command of the team after Sanath Jayasuriya stepped down as the captain. However, he was not successful and the team could win only one out of ten matches. His over-defensive attitude was widely criticized and he had to step down as captain in March 2004. However, Tillakaratne is also known for an unsurpassed innings played in ODI cricket when he single-handedly took the team to a seemingly impossible victory. This match was played in the 1995-96 Champions Trophy. The clash in Sharjah was between Sri Lanka and West Indies. West Indies had given a target of 334 runs. In reply, Sri Lanka lost five wickets for 103 runs. Hasan Tillakaratne came to play at number seven. From here he played a terrific century innings. It is another matter that the Sri Lankan team could only score 329 runs and remained only four runs away from the huge target. Then Tillakaratne also became the first batsman in the world to score a century by landing at number seven in an ODI.