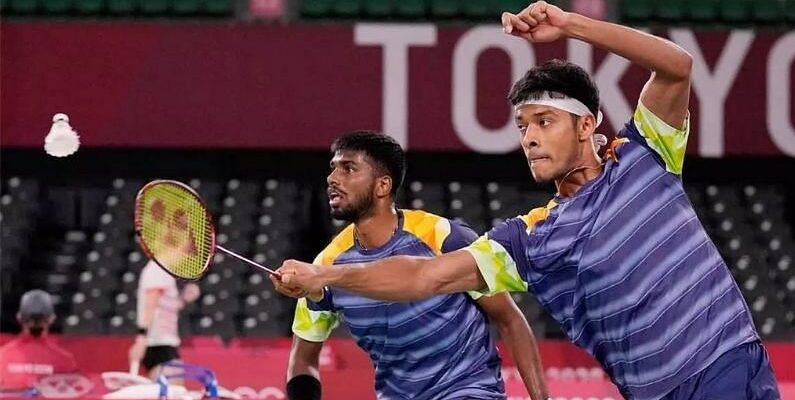 Chirag Shetty and Satwik Sairaj are also included in the Indian team.

In the match against China, the only win was the doubles pair of Satwiksairaj Rankireddy and Chirag Shetty who defeated Zi Ting and Zhou Hao Dong 21-14 21-14 in a match that lasted 41 minutes. Before this doubles match, the day started for India by Kidambi Srikanth who went down 12-21 16-21 to Shiyu Qi in 36 minutes.

Sameer Verma tried his best against Lu Guang Ju in the third match. But he eventually lost 21-149-21 22-24 in a singles match that lasted one hour and 23 minutes, which India trailed 1-2. The doubles pair of MR Arjun and Dhruv Kapila also lost 24-26 19-21 to Liu Cheng and Wang Yi Liu after battling for 52 minutes. In the end, Kiran George was defeated by Li Shi Feng 15-21 17-21 in a singles match that lasted 43 minutes. This was India’s first defeat in a group match. The Indian men’s team qualified for the Thomas Cup quarterfinals for the first time since 2010 after registering 5-0 victories over the Netherlands and Tahiti.

The women’s team suffered a 0-5 defeat to strong Thailand in their last group match in the Uber Cup. This was the first defeat for the Indian women’s team, having defeated Spain 3-2 and Scotland 4-1. Malvika Bansod lost 15-21 11-21 to Pornapavi Chuchowong in the opening women’s singles. India needed to register a win in the next doubles match but the pair of Ashwini Ponnappa and Sikki N Reddy went down 16-21 12-21 to Jongkolphan Kititharakul and Rawinda Prajongjai. India needed a win in Aditi Bhatt’s next singles match to stay in this match, in which she tried her best but lost 16-21 21-18 15-21 to Busanan Ongbamrungphan in a match that lasted 59 minutes.

Lakhimpur Khiri Violence: Ashish Mishra sent to jail even before the completion of police remand, SIT did scene recreation today