This veteran told Saurabh Chaudhary the biggest hope of a medal in the Tokyo Olympics, said- he will win with a big margin! 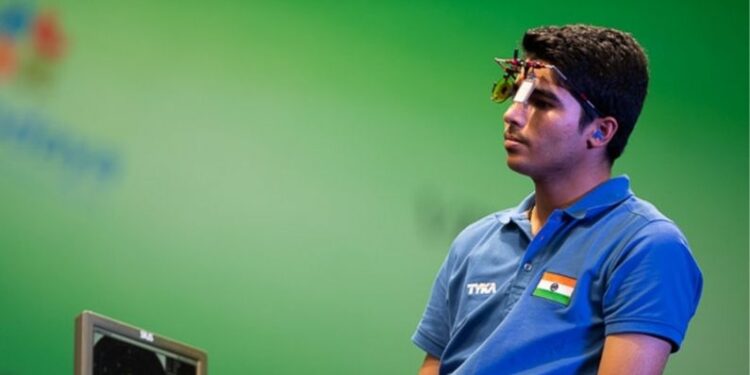 At the 2016 Rio Olympics, Jitu Rai became the first shooter to reach the final in men’s 10m pistol shooting. But he missed in the final.

Saurabh Chaudhary is one of the biggest medal contenders for India in Tokyo.

Influenced by Saurabh Chaudhary, former World Championship silver medalist shooter Jitu Rai believes that the young shooter can beat South Korea’s Jin Jong Ho, one of the greatest shooters in the Tokyo Olympics 2020. is. Jin is one of the most successful shooters in the individual event at the Olympics, winning a record six medals, including four gold. Saurabh Chaudhary is one of the biggest contenders for India’s medal in the Tokyo Olympics. He is also in good form now and he has also won many medals. Rai also said that Yashaswini Deswal and Manu Bhaker can also do well in Tokyo.

Rai said in an interview to PTI, ‘Saurabh Chaudhary is something different. I have seen him shoot. He is not only winning medals but winning with big scores. It is no surprise that he currently holds a world record. Watch his score. He has been performing so well on a regular basis. If she scored 582-583 in the qualification in Tokyo, she would be the biggest hope of a medal in the 10m air pistol. You should see his scores. It’s a wonderful thing that he continues to perform well. Maybe I have won a lot of medals in international tournaments but Saurabh’s scores have been much higher than mine. He is quite calm and calm in himself. His entire focus remains on the work. He should win in Tokyo.

She described Yashaswini as one of the most hardworking shooters in the women’s 10m air pistol event. She said, ‘I remember once there was a camp in Germany and she used to practice till evening. She used to have lunch at the range and take rest during the day at the dining table. He said that Manu Bhaker is expert in her skills and has a very sharp mind, so she can win a medal.

This time, army shooter Subedar Major Rai, who failed to qualify for the Olympics, is eyeing the 2024 Paris Olympics. At the 2016 Rio Olympics, Jitu Rai became the first shooter to reach the final in men’s 10m pistol shooting. But he missed in the final. He has advised Indian shooters to be careful between the qualification and final in Tokyo and not to deviate from the target.

read this also: The victory received two years ago breathed life in Ji Sathiyan, this confident player will now make a splash in the Tokyo Olympics!