This star player had set an example in the Beijing Olympics, gave water to the opponent in the middle race and won gold 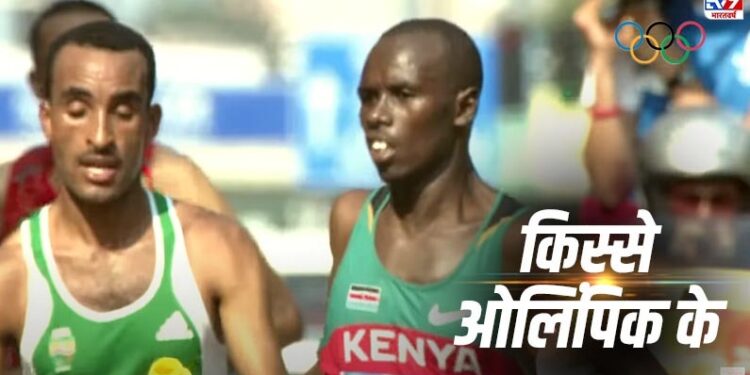 In the Olympic Games, many times the players showed sportsmanship which became an example for the whole world. There are very few players who considered the spirit of the game more important than winning.

Kenya’s Samuel won the gold medal at the Beijing Olympics

You must have heard people many times saying that everyone should play some game in life. It is not necessary that the game should be played only to become a professional player, but by including sports in their life, people also learn many important lessons. The biggest quality in this is sportsmanship. There have been many such occasions in the world of sports where players put sportsmanship over victory and set an example.

Today in Tales Olympics, the story is of such a player who helped his opponent in Beijing Olympics and did not let him out of the race. The player himself could not win, but one of his steps made him the hero of the Beijing Olympic Games. This is the story of Ethiopian marathon runner Deriba Merga.

Marathon has always been a part of the Olympics. The real test of the player’s stamina is in this game. Players test their strength to complete a race of 42 miles. In such a long race, so that the players do not feel the lack of water, water stops are installed at many places along the way. From where the players take a bottle of water while running, they drink water while running.

Beijing’s marathon race was no different. Players from many countries were ready to give their lives to win medals for their country. Kenya’s Samuel Wanjiru was considered a contender for victory. At the end of the race, only five players were left. However, he made a mistake during the race. He missed a water stop. He was feeling thirsty. Then Deriba of Ethiopia, running with him, proceeded to give Samuel his bottle of water. Samuel felt relieved after drinking the water. He won the gold medal in this race. While Deriba finished fourth. However, he told the world that sportsmanship is more important than winning or losing.

This was the only Olympic medal in Samuel’s career. In Beijing, he set an Olympic record by clocking 2:06:32. He was the youngest player to win a marathon since 1932 and the first player to win gold at the Kenya Marathon. He also won the London Marathon and Chicago Marathon the following year. Despite the injury in the year 2010, he won both the events. However, in the year 2011, he died after falling from the balcony of his own house. Ethiopia’s Deriba Marga has participated in many marathons around the world. In 2008, he won the Boston Marathon. In the same year, he won gold in the Paris Half Marathon.

In the Beijing Olympics, where Abhinav Bindra managed to win the gold medal in shooting. At the same time, Sushil Kumar won the bronze medal in wrestling and Vijender Kumar in boxing. For the first time in the year 2008, such an opportunity came when the Indian hockey team could not succeed in qualifying for the Olympics. Bronze medal long jump player Anju Bobby George led India in the 2003 World Championships.

Tokyo Olympics 2020: The plane shot in the head still did not let the plane crash, the story of the Olympic gold medalist’s bravery