This player was stunned by the continuous defeat of Pakistan, told the team the truth, the bridge of praise of England 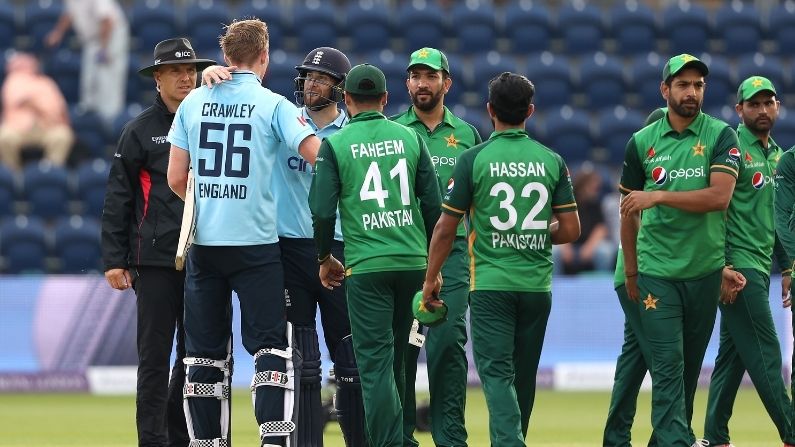 England defeated Pakistan in the first two matches of the three-match ODI series to take an unassailable 2-0 lead in the series.

England’s second-class team defeated Pakistan in both the opening matches of the ODI series.

Pakistan’s defeat at the hands of the less experienced team of England is pricking the former players of its country like a needle and hence some player takes a jibe at the team led by Babar Azam. Kamran Akmal has now joined this list. Akmal has criticized the Pakistan team and at the same time has built bridges of praise for England. England defeated Pakistan badly in the three-match series and won the first two matches to take an unassailable 2-0 lead in the series.

Actually, this defeat is stinging the Pakistani players more because the other team of England has defeated it. Before the start of the series against Pakistan, England’s players were quarantined after the case of Corona in the team and then immediately a new team was selected whose captain Ben Stokes has been made.

England team not relying on shortcuts

Akmal has said that the England team has played excellent cricket and has not depended on shortcuts. According to Akmal, the players of the host team showed maturity. He said in the YouTube video, “He is very strong mentally because he has been playing cricket. He does not rely on shortcuts. He has not come into the team after doing well in one or two matches. How many matches he has played and how many runs he has scored is in front of everyone. England players have shown maturity. This benefited the England team which can play with two teams at a time.

He said, “They have talent and players who can do that. This is the bad luck of Pakistan, that is all we can say. They should put their full emphasis in the last match. They should win the last match so that they have the confidence before going into the T20 series. Everyone has seen what has been done to Pakistan cricket.

Pakistan experienced but England did wonders

Akmal has also said that the Pakistan team is experienced and if its players are seen, they have the experience of about 400 matches, but the England team came out better than them. He said, “England did very well. The way he has fielded and the way Ben Stokes has captained is fantastic. It did not seem that Pakistan would lose like this, we did not expect that. Our players had experience of over 400 matches and they were in front of the new England team which had 108 matches experience.”

The troubles of this batsman trying to make a place in the Australian team increased, due to COVID, he was out of the county match.