This Pakistani bowler scared of Rohit Sharma, said – it seems that he will hit me a lot 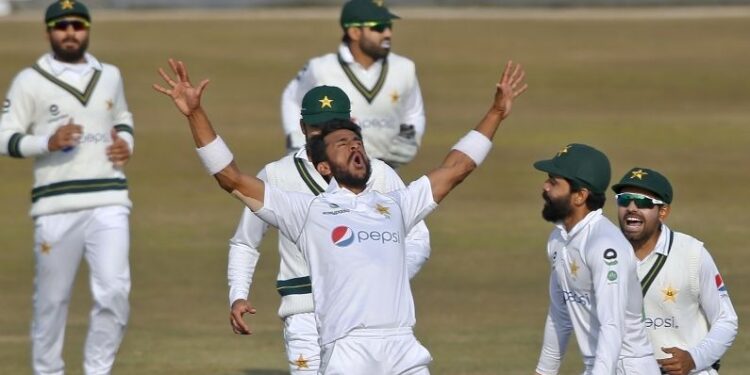 Pakistani captain Babar Azam’s special weapon, this bowler said – not everyone can hit shots like this batsman

Team India’s hitman Rohit Sharma has fans all over the world for his batting. After all, why not, the big records of the cricket world have come out of Rohit Sharma’s bat. But now the fan of Rohit Sharma has also been revealed in the Pakistan cricket team captained by Babar Azam. Usually, there is a tough competition on the field between the teams of India and Pakistan. In such a situation, there is hardly any chance of praising the players of each other team. However, the Pakistani cricketer we are talking about is fast bowler Hasan Ali. 26-year-old Hasan Ali has praised Rohit Sharma fiercely. Even he has revealed his biggest fear about Rohit.

Hasan Ali’s name first came into the limelight in the world of cricket when Pakistan defeated the Indian team in the 2017 Champions Trophy title match. In this match, Hasan Ali took three wickets for just 19 runs in 6.3 overs. These included the wickets of Mahendra Singh Dhoni, Ravichandran Ashwin and Jasprit Bumrah. Now in a conversation with Cricwick, Hasan Ali said, there are many batsmen who can give you a tough challenge when you have your day, but as I have assessed the one batsman who can create problems for me is Rohit Sharma. We saw this first in the Asia Cup and then in the World Cup as well. Hasan Ali said, Rohit can play the shot anywhere. He plays the ball late. Come to the line of the ball and play the shot. He plays shots which are not easy to play. Not every batsman has the ability to play such shots.

Scored two centuries in the last two matches against Pakistan

Pakistani bowler Hasan Ali said, I did not get a chance to bowl against Rohit Sharma during the Champions Trophy, but I think if he has his day, he will hit a lot. They can really get me in trouble. Rohit Sharma has scored 95 runs in 87 balls against Pakistani fast bowler Hasan Ali. His strike rate was 109. Hasan Ali dismissed Rohit Sharma in the match in Manchester in the 2019 World Cup, but that too when Rohit Sharma was trying to speed up the run-rate and had done his work for Team India by scoring a century. By the way, Rohit Sharma has had a great performance in the last two matches against Pakistan. The Mumbai player has scored two centuries in the last two matches. Rohit scored two centuries against Pakistan in the 2018 Asia Cup and the 2019 World Cup.