This Indian cricketer’s big statement came on the suspension of English cricketer Olly Robinson, said – a sign for the future 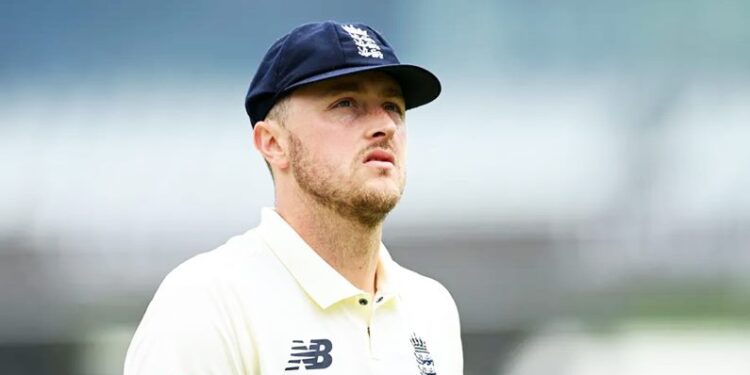 The England and Wales Cricket Board has told that Ollie Robinson will not be available for the second Test match to be played against New Zealand.

Ollie Robinson made these derogatory tweets during the year 2012-2013.

England fast bowler Ollie Robinson has been suspended from international cricket by the England and Wales Cricket Board (ECB). The reason for this is the racist and gender-related tweets posted by the bowler in 2012. Robinson’s issue is very much discussed at this time and everyone is giving their views on it. The Indian team is currently in England only. The team’s senior off-spinner Ravichandran Ashwin expressed sympathy for Robinson over the issue, saying the punishment should be seen as “a strong sign for the future in the current generation of social media”.

Suspending Robinson, who made his debut in the first Test against New Zealand, from international cricket, the England and Wales Cricket Board (ECB) said on Sunday that he would not be available for the second Test starting on Thursday. The 27-year-old has been suspended pending an investigation into the discriminatory tweets made in 2012-13.

Ashwin has said that he is saddened by Robinson’s suspension. Ashwin wrote on his Twitter, “I can understand the negative sentiments that Ollie Robinson expressed years ago, but I am truly sorry for being suspended after his impressive start to his Test career. This suspension is a strong indication of what the future holds for this social media generation.

Robinson recently made his Test debut in the first match against New Zealand. Robinson took seven wickets in the match and contributed 42 runs in England’s first innings. Robinson made these tweets when he was 18-19 years old. These tweets were related to racist and gender discrimination. On the first day of the match, there was a discussion on social media about these tweets, after which Robinson apologized.

Former Indian team opener Wasim Jaffer also took a jibe at Ashwin’s post, saying, “I am glad that I joined Twitter after retiring.”

What did this spinner of Kane Williamson’s team say about Virat Kohli, Mahendra Singh Dhoni and Rohit Sharma?