This former Pakistani captain told IND vs SL match the match of university and school team, class of batsmen 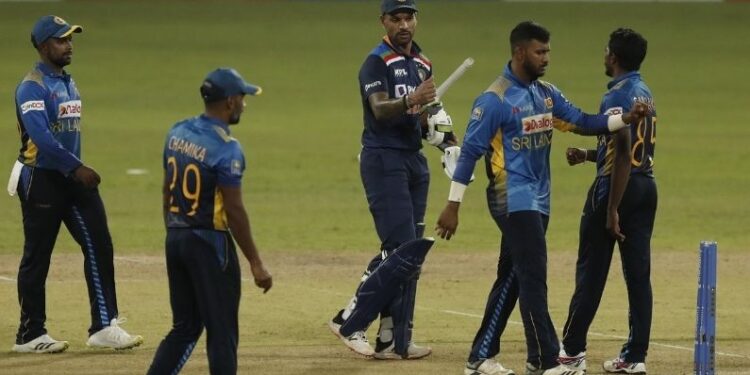 The Indian team, captained by Shikhar Dhawan, had handed Sri Lanka a one-sided defeat at their home in the first ODI and Sri Lanka could not challenge the visiting team in this match.

The Indian team, captained by Shikhar Dhawan, has started the Sri Lanka tour with a win. India on Sunday won Colombo’s R. Defeated Sri Lanka by seven wickets in the first ODI played at Premadasa Stadium. This win is not easy enough for India. Neither his bowlers struggled nor did his batsmen. The Indian bowlers, who came to bat first, restricted the hosts for 262 runs for the loss of nine wickets in 50 overs. India achieved this target by losing the first three wickets in 80 balls. With this, India also stopped the invincible sequence of seven matches going on in the home of Sri Lankan team. After watching this match, former Pakistan captain Ramiz Raja has given a big statement which can sting Sri Lankan players a lot.

In this match for India, captain Dhawan’s bat spoke fiercely, who scored an unbeaten 86 runs. Apart from him, debutant young batsman Ishan Kishan also played an excellent half-century and scored 59 runs. Returning Prithvi Shaw scored 43 runs. Sri Lankan bowling in front of the Indian batsmen looked completely ineffective and some of this defeat was the batting of the hosts. Raja has said that there was a difference of ground and sky in the game of both the teams.

Raja has especially criticized the Sri Lankan batsmen and talked of struggle against their spinners. He said, “The way Sri Lanka has played against spin, it seemed that they did not know how to play spin. If the past is seen, then Sri Lankan batsmen used to play spinners well, but the current players are not seen doing so. After getting the start, he was confused.

The victory won two years ago made G. Sathiyan breathed his life, this confident player will now make a splash in the Tokyo Olympics!