This country was out of Olympics 2020, decision taken due to Corona; About 2000 new cases came to Tokyo 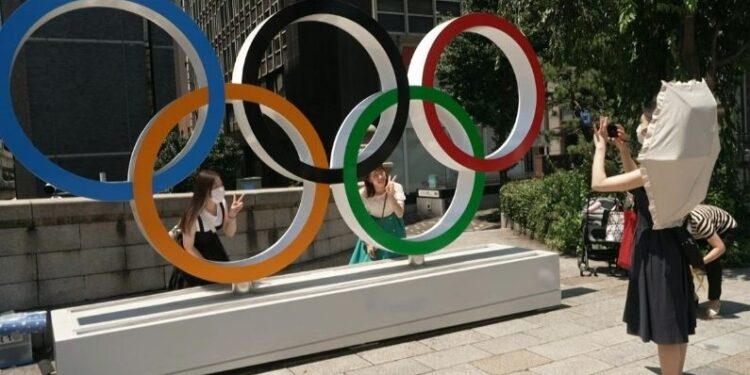 Some players who arrived in Tokyo to take part in the Olympics have already come under the grip of infection, due to which they have had to withdraw their names from the Games.

Competitions have started in the Tokyo Olympics 2020 amid the threat of coronavirus infection and the biggest sporting event is also going to be inaugurated on Friday 23 July. Despite this, the shadow of the epidemic is hovering over sports. So far, there have been cases of infection in some players and they have had to withdraw from the Games, but now a day before the inaugural event, the African country Guinea has decided to withdraw from the Olympics. Guinea has taken this decision citing the health of its athletes. Meanwhile, on Thursday 22 July, about 2000 new cases of corona infection were reported in the capital of Japan, which is the highest in the last 7 months.

Due to this epidemic, there was a constant demand to cancel or postpone the Games from inside Japan, but despite this, the Government of Japan and the International Olympic Committee decided to organize the Games. However, the threat of epidemic remains and some of its effect is still visible. This is the reason why Guinean Sports Minister Sanouci Bantama So, in a letter addressed to the President of the Guinea Olympic Committee, announced his withdrawal from the country’s Olympic Games. For this he blamed Corona and its variants.

The Guinean government said that it has taken this decision keeping in mind the health of its players. Five players from Guinea were to participate in the Tokyo Olympics, out of which freestyle wrestler Fatoyomata Yari Kamara is furious with the decision. Guinea has participated in the Olympics 11 times but has never won a medal. Before Guinea, North Korea had also pulled out of the Tokyo Olympics due to coronavirus.

Increase in infection in Tokyo

At the same time, due to the increase in the cases of infection in Tokyo, the host city of the Games and the capital of Japan, concerns have started increasing. On Thursday, 1,979 new cases of coronavirus were registered in the capital, which is the highest number of cases after 2,044 were reported on January 15. A state of emergency has been imposed in Tokyo for the time being, which will continue even after the end of the Olympics. To prevent corona infection, the entry of spectators in the Olympics has been completely banned and all the games will be held in empty stadiums.