This character behind the scenes in Mirabai Chanu’s success, is playing different roles, once wanted to be a big weightlifter himself 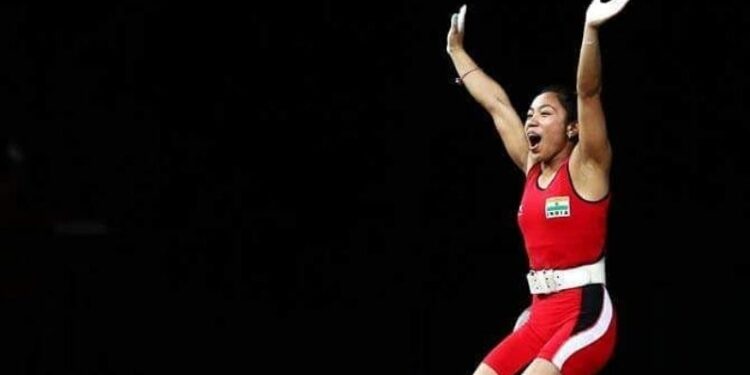 Mirabai Chanu is one of India’s biggest medal hopefuls in the Tokyo Olympics-2020 and has worked hard for this, in which this person has been with her.

Karnam Malleswari created history by giving India a bronze medal in weightlifting at the 2000 Sydney Olympics, but after him India’s medal tally in this sport has been dry. This time, however, in the Tokyo Olympic Games-2020, it is expected that this drought will end. And these hopes are pinned on Mirabai Chanu who will represent the country in the 48 kg weight category. Mirabai is a big contender for India’s medal at the Tokyo Games. He has established himself as one of the best weightlifters and always with him in this journey is 41 year old KV. Koteswarao (KV Koteswararao). He has been with Mirabai for four years and treats her like his sister. He is their Mysore and also cooks food for them. He is an important part of Mirabai’s team.

However, many things have been affected due to COVID and the limit of the support staff accompanying the players is also fixed. In such a situation, KV could not accompany Mirabai to America where she was preparing for Tokyo Olympics and she was also missing KV. KV told the English newspaper Indian Express, “Imagine, she is calling from America Anna, salmon fish is found here wonderfully. I wish you were here and cooked for me.”

National team head coach Vijay Sharma had told KV that he would become Mirabai’s messiur and cook food for her. KV had accepted the coach and he has been with Mirabai since 2017 and it took her time to prepare the kind of food she eats. When he used to cook food for them in the beginning, he used to cook very spicy food. KV knew that he had to change the way he cooked.

He said, “I remember I made Andhra style chicken for him and Mirabai said that it was very fast. Over time I understood how much to use spices and salt too. He likes mutton and chicken in South Indian style.”

KV wanted to become a weightlifter himself

There was a time when KV himself wanted to become a big weightlifter. His father was in the Southern Railways and his brother used to go to the gym regularly. Following in his footsteps, KV, who hails from Vijayawada, won the gold medal in the Junior National-2000 and two years later he was successful in winning the bronze medal in the senior championship. But there was a lack of facilities in his time. He didn’t even have a cook or even a coach, let alone Messier.

He said, “Throughout my career, I used to ask my friends to message me about technology. I could not afford a personal trainer. I used to cook my own food and also prepare diet plan. I could not do diploma from NIS as I myself was playing till 2017 and crossed the age limit in 2018.”

IND vs SL: This Sri Lankan cricketer had a problem with these players of Team India! Before the Colombo ODI, the talk of the heart came on the tongue