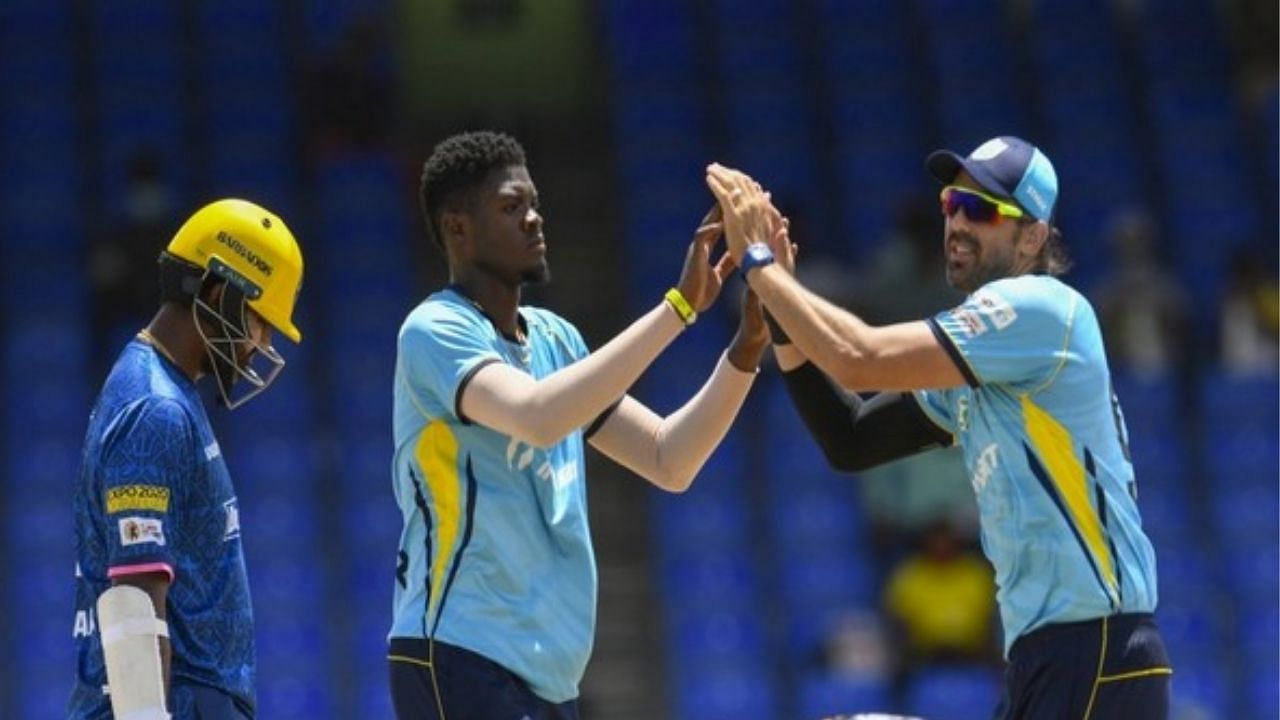 This player did not allow the legendary batsmen to stand in front of him with the ball and before that, the fast-paced innings with the bat created a ruckus.

T20 cricket is called the game of batsmen. Here the batsmen make new records every day by scoring runs in a stormy fashion. Not much happens for the bowlers. The bowler gets to bowl only four overs in this format. That’s why he doesn’t have much to do, but there are some bowlers who take wickets in the same number of overs. David Wiese has done something similar. David is currently playing for St. Lucia Kings in the Caribbean Premier League (CPL) and has also led his team to victory with his superb bowling. In the first semi-final, the Kings faced Kieran Pollard’s Trinbago Knight Riders. Kings were able to win this match by 21 runs with the best bowling of Vise. Batting first, Kings scored 205 runs for the loss of four wickets. Knight Riders team was bundled out for 184 runs. Vise took five wickets in this match and took his team to the final.

Knight Riders had a big score in front of them. He has players who could have helped the team to achieve this goal but did not let one of these giants run. Lendus Simmons became the victim of Alzarri Joseph on the last ball of the first over. After this, Vise got the second success for the team by dismissing Sunil Narine. Colin Munro could have been a threat to the team. But Vise did not let him go beyond the personal score of 28. Darren Bravo could only score 25 runs. Pollard was the biggest threat to the Kings. He had told his mood by hitting three sixes but that also ended his innings. He could only score 26 runs in 13 balls. Tim Seifert was another player who could be a threat to the team but Vise sent him to the pavilion as well. After this, Vise completed his five-wicket haul by dismissing Aqeel Hossain. Knight Riders team was all out in 19.3 overs.

Showed power with the bat too

Indian batsman scored a stormy century with a strike rate of 172 including six sixes, made a record

Know what is Digipay Sakhi Scheme, due to which women are getting a great opportunity to earn extra

Hasal: Sanjay Mishra and Ranvir Shorey’s ‘Hustle’ has four interesting stories, the film will be released on this day