This batsman scores runs with the speed of the storm, will become the next Dhoni of Team India, a big statement from the Indian legend 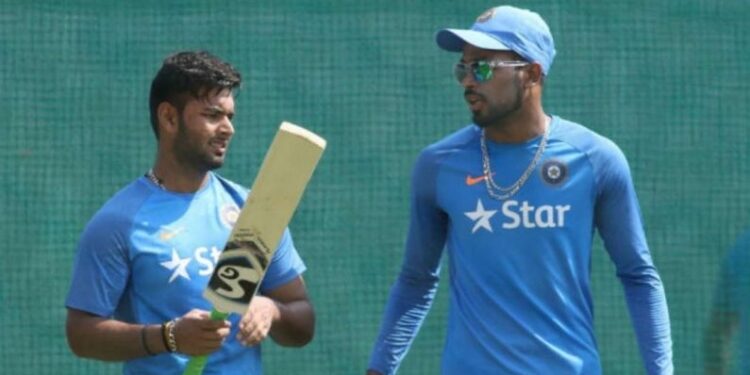 Mahendra Singh Dhoni had retired from international cricket on 15 August last year. Now a team of finishers like him is sorely needed.

Hardik Pandya is currently on a tour of Sri Lanka with the team. (File Pic)

Mahendra Singh Dhoni (MS Dhoni) was counted among the best finishers in the world. As long as he lived on the field, the opposition team was restless and the same thing kept going on in his mind that Dhoni is still there who can turn the match anytime. Dhoni has also done this many times. From where the chances of winning used to end, Dhoni used to start mishaps and used to take the team to win matches. This finisher had said goodbye to international cricket on 15 August last year. Before that he was not playing in the team. He played his last international match in the semi-final against New Zealand in the 2019 World Cup. Since the departure of Dhoni, India has a dearth of finishers. He hasn’t got Dhoni’s replacement yet.

The whole world knows that India lacks an adept finisher and this has had an impact on the performance of the team as well. Former India leg-spinner Laxman Sivaramakrishnan has named a player who can replace Dhoni and score fast runs for India. According to Sivaramakrishnan, all-rounder Hardik Pandya can become a finisher after Dhoni.

Pandya is a stormy batsman

Sivaramakrishnan said in a conversation with Hindustan Times that after Dhoni’s departure, the shortage of finishers in the Indian team can be filled by Pandya. He said, “It has been India’s problem that they don’t have finishers after Yuvraj Singh and MS Dhoni. We are still looking for a good finisher after Dhoni. Hardik Pandya can be a very dangerous finisher. It is important for him to attain full fitness and when he starts bowling, he will have confidence. Hardik can contribute in all three departments of the game. Whenever he contributes, he will become a better cricketer mentally and technically. Pandya’s fitness is the key to India’s success in limited overs. And if he can play to the best of his ability, that would be great.”

Sivaramakrishnan said that Pandya brings balance to the team and can prove to be useful for the team with both bat and ball. He said, “He will be an important part of the team. Hardik Pandya will be important for India when he starts bowling after attaining full fitness. After a long time, we have got a seam bowling all-rounder who maintains balance in the team. We don’t have fast bowlers who can bat. Even at the test level. Our fast bowlers don’t contribute much with the bat, but Hardik can do that and he can score runs fast. He can ruin the team in front. If Hardik is fully fit, he can prove to be a great asset to the team.

Teju Bhaiya of Karampur changed the picture of his poor village with hockey, gave a star like Lalit Upadhyay to the country