There may be delay in the selection process of National Sports Awards, know what is the reason 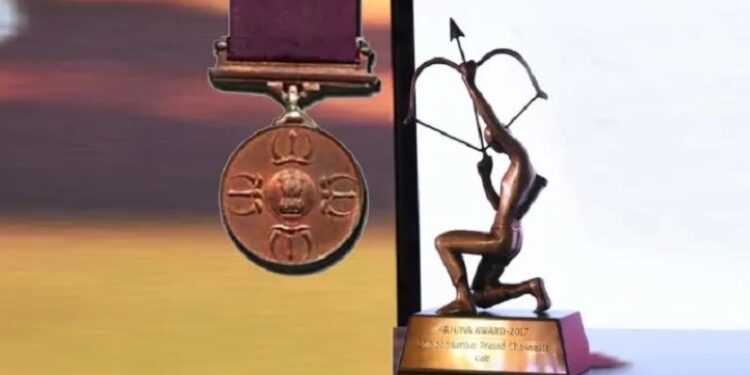 The National Sports Awards are given every year on 29 August on the occasion of National Sports Day, which is also the birth anniversary of Major Dhyan Chand, the magician of hockey.

National Sports Awards are given on 29th August

The selection process of the National Sports Awards, which are given every year, may be delayed this year and may be postponed until after the Tokyo Olympic Games starting this month so that the medal winners at the Games’ Grand Kumbh name can also be considered. However, the selection panel has not yet been constituted for the awards. These awards are given every year by the President of the country on the occasion of National Sports Day on 29 August, which is also the birth anniversary of the great hockey player Major Dhyan Chand. The Olympic Games will be held from 23 July to 8 August.

A sports ministry source told PTI, “We have already received nominations for this year’s National Sports Awards. As of now the nomination date is out, but in our last meeting we discussed to consider the names of Olympic medalists for this year’s awards, if someone wins a medal. The Olympics will end on August 8, so the process of selection of award winners may get delayed.

Final decision will be taken soon

The Olympics will end on August 8 and if the selection panel does not finalize the names within 10 days of the end of the Games, the ceremony will be delayed anyway. The source said, “We will take a final call on this issue soon. We have planned another meeting soon after the Olympics to decide on this. If any of our players wins an Olympic medal, his name will definitely be considered.

“If we are able to organize the meeting after a week or 10 days after the Olympics, then the awards will be given on August 29, otherwise it may be delayed by a few days,” he said.

After two extensions, the process of nomination for the National Sports Awards ended on July 5. Earlier the last date to apply for these awards was June 21, which was later shifted to June 28 and then July 5. In view of the pandemic, applicants were allowed self-nomination while national federations also sent their preferences. The prize money of these awards was increased last year. The Rajiv Gandhi Khel Ratna awardee now gets Rs 25 lakh as against Rs 7.50 lakh earlier. The prize money of Arjuna Award has been increased from Rs 5 lakh to Rs 15 lakh. 15 lakh will be given for Dronacharya (lifetime achievement) award instead of earlier five lakh rupees. The winners of Dronacharya Award and Dhyan Chand Award will also get a prize money of Rs 10 lakh instead of Rs 5 lakh. Last year the award ceremony was organized online due to the pandemic.

Controversy arose over England captain’s run out, right or wrong – questions are being asked