There is a ruckus on Harbhajan Singh’s Instagram post, action is being demanded, now the veteran spinner apologizes 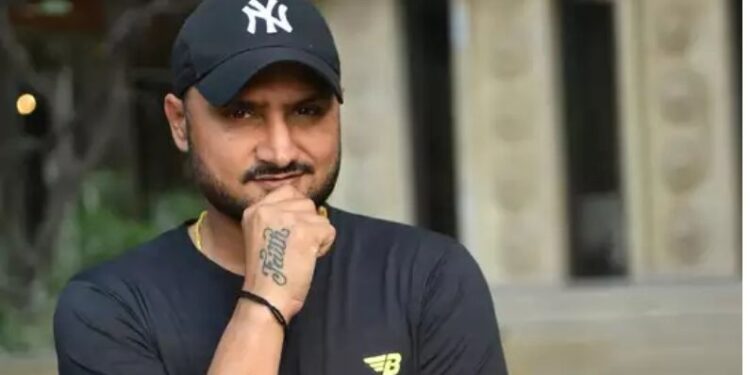 There was a lot of controversy over this controversial post of the veteran Indian spinner and action was also demanded against him.

Harbhajan Singh once again got into controversy due to one of his posts on social media.

Indian cricket team’s legendary spinner Harbhajan Singh has once again been embroiled in controversies due to one of his posts on social media, for which he has to apologize. Team India’s star off-spinner recently posted a picture of the infamous Khalistani terrorist Jarnail Singh Bhindranwale on his Instagram story and wrote on it – ‘Salute to the martyrs’. His post immediately went viral and from Instagram to Twitter, Harbhajan was heard fiercely. Seeing the controversy escalating, Harbhajan issued a statement on Monday 7 June apologizing and said that he posted this in error and that he can never support those involved in any kind of activity against India.

Harbhajan had posted this on the 37th anniversary of Operation Blue Star, which was carried out between June 1 and June 8, 1984, to rescue Khalistani terrorists from the holy Harminder Singh Gurdwara i.e. Golden Temple in Amritsar. In this operation of the Indian Army, many Khalistani terrorists including Bhindranwala were killed in the action taken inside the Golden Temple.

The Indian offspinner’s post had a picture of Bhindranwala along with other terrorists, which was written in Punjabi – “Heartfelt tribute to those who died in the operation on June 1-6, 1984 inside Sri Harminder Sahib.” Harbhajan posted this post on his Instagram story and wrote- “A salute to the martyrs.” After this Harbhajan was severely criticized and there was a demand for action against him. 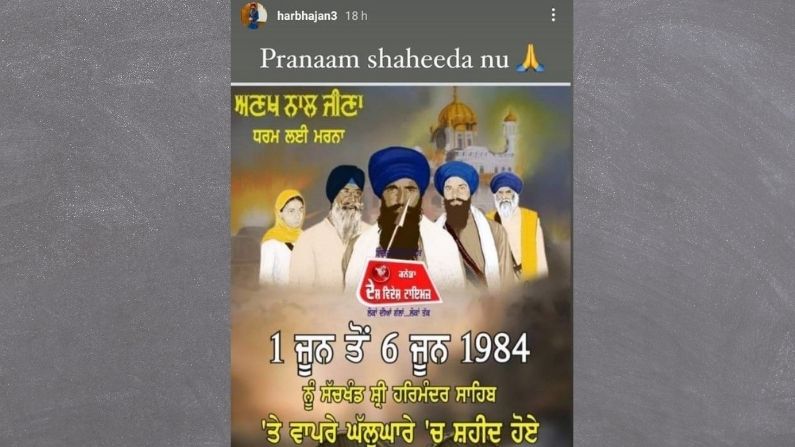 As the controversy escalated, Harbhajan apologized by posting a statement on Twitter and said that he had found it on WhatsApp, which he posted in haste without checking. Harbhajan wrote, “I want to clarify and apologize for an Instagram post yesterday. It was a WhatsApp forward, which I posted in a hurry without looking and understanding its significance.

My heartfelt apology to my people..🙏🙏 pic.twitter.com/S44cszY7lh

Harbhajan also made it clear that the people whose picture was in that post, they neither support him nor his views and apologize for their mistake. He also said, “I am a Sikh, who will fight for India and not against it. I apologize unconditionally for hurting the sentiments of my country. I do not and will never support any anti-national groups which are against my own people.

The legendary Indian spinner finally said that he shed his blood and sweat for the country for 20 years on the cricket field and would never support those who worked against the country.

Also read: T20 World Cup: Tournament will be played in India’s neighborhood only! Apart from UAE, this country is also talking about BCCI