The victory won two years ago made G. Sathiyan breathed his life, this confident player will now make a splash in the Tokyo Olympics! 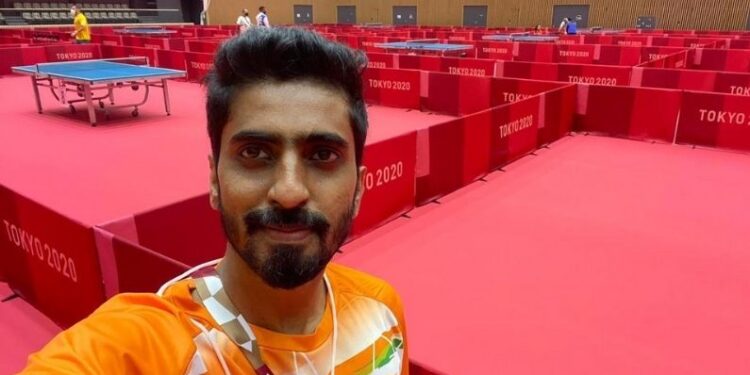 India’s table tennis players Sathiyan and Sharath Kamal have both been seeded in the category 17 to 32 at the Tokyo Olympics-2020 and will get a bye in the first round.

India’s male table tennis player G.K., who arrived to participate in the Tokyo Olympics-2021 (Tokyo Olympcis-2020). Sathiyan (G. Sathiyan) will enter the Mahakumbh of the Games with full confidence, its basis is the victory in the Asian Games and Asian Championships. Sathiyan had defeated the players of Japan in the Jakarta Asian Games-2018 and then defeated the big players of Japan in the Asian Championship. The confidence he has got from this will boost his spirits in the Olympics. Sathiyan also has the experience of playing in the Table Tennis League in Japan, which can benefit him in the Olympics.

The Asian Games are known as the Mini Olympics in the table tennis fraternity and Sathiyan won both his matches against the Japanese in the quarter-finals at these Games. He continued his good performance at the Asian Championships in the following year 2019 as well, defeating world number four Harimoto Tomokazu.

Both Sathiyan and Sharath Kamal have been seeded in the 17 to 32 category and will get a bye in the first round. After his first practice session on Monday in Tokyo, Sathiyan said, “It will be great to reach the quarterfinals. It will be tough but defeating Harimoto has given me a lot of confidence. And if you manage to reach the last eight, then you can beat anyone.”

Disappointed with the absence of a personal coach

Sathiyan’s personal coach and Olympian A Raman will not be here as Manika Batra’s personal coach was approved. Sathiyan is a little disappointed at not getting his coach’s approval. He said, “Of course it is disappointing that he will not be in Tokyo. He was there at the Asian Games and I played really well. It was his presence that made the difference but this is the time of COVID-19 and there are many restrictions.

take advantage of the pressure

The 38th-ranked player in the world rankings said that players from China, Korea and Japan will be under more pressure in the Olympics, which he will try to take advantage of. “There is a lot of pressure on the top Asian players as they are strong contenders for victory. When we played against them (Japan in 2018), we could see the pressure. We have to take advantage of this. If you play aggressively from the start, you can penetrate and put them under pressure. These players, however, will now come with more preparation and will not take us lightly.

The experience of playing at this special table

There are four players in the Indian table tennis contingent who will get a good chance to practice for the next four-five days. Table tennis events in the Olympics will start from July 24. Sathiyan has experience of playing on the san-il tables used in the Olympics. He played at such a table in the Japan League last year. He said, “Both Sharath and I played in the second round in the Japan League. There will be panic but I know how to play in the big matches. I believe I do my best under pressure.