The verdict was taken, not the 2005 Ashes, fans chose this series as ‘The Ultimate Test Series’ 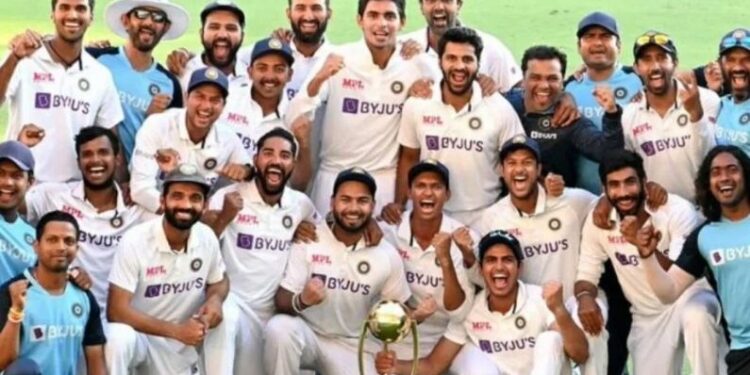 The ICC had shortlisted 16 Test series for this election, out of which the fans voted the most for this one series.

There have been many historic series in the history of Test cricket. One to one series where each match was decided after tough competition. Where it is difficult to choose which series is called the best. In such a situation, the International Cricket Council, the highest body of cricket, has decided through voting that which is the best Test series. Before the final of the World Test Championship, the ICC started a campaign called The Ultimate Test Series, in which 16 series were shortlisted.

Ahead of the #WTC21 final, we set out to determine #TheUltimateTestSeries.

After 15 head-to-heads and over seven million votes across our social channels, we have a winner…

This match was historic and not to be forgotten in many ways. India, however, won their second consecutive Test series in Australia. But in this series, India had to face many problems. In the second innings of the first test match played in Adelaide, the Indian team was bundled out for 36 runs and then lost this test match. After this match, its captain Virat Kohli returned home for the birth of his first child. But from here again India under the leadership of captain Ajinkya Rahane made a strong comeback in difficult conditions. Many important players got injured and sat on the bench – players like Mohammad Siraj, Shardul Thakur, Washington Sundar, T. Natarajan got a chance and all of them helped India win the series.

such was the victory

India had to face defeat by eight wickets in the first match. After this, India leveled the series by winning by eight wickets in the Boxing Day Test match played at the Melbourne Cricket Ground. The third match played in Sydney ended in a draw. The special thing about this match was that India had come back from the mouth of defeat. In the second innings, young batsman Rishabh Pant had played an innings of 97 runs but as soon as he was out, the team was facing the crisis of defeat. Here Hanuma Vihari and Ravichandran Ashwin, despite all the problems and injuries, got their feet on the wicket and got the match drawn.

The fourth and last Test was played at the Gabba Ground in Brisbane, known as the Fort of Australia. Australia had given a target of 328 runs to India to win. Young batsman Shubman Gill played an innings of 91 runs. His innings laid the foundation of India’s victory and Pant again batted in his own style and scored an unbeaten 89, giving India a historic victory.

Big statement of former Indian cricketer, these two players will do wonders for Virat Kohli in WTC Final, if they go, New Zealand’s evening is confirmed