The troubles of this batsman trying to make a place in the Australian team increased, due to COVID, he was out of the county match. 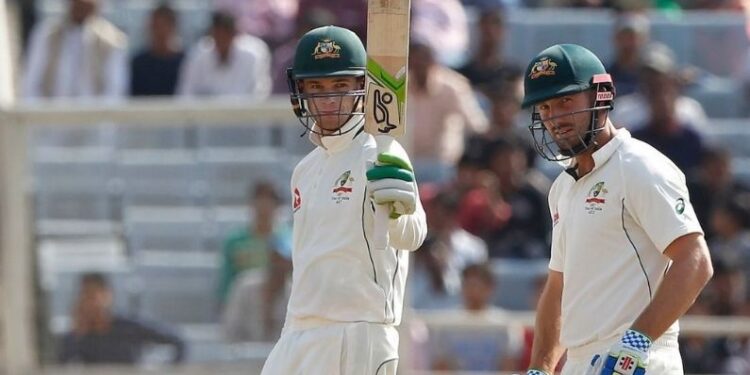 The 30-year-old is captaining Middlesex this season but missed Sunday’s match in Group Two of the championship.

Ever since COVID-19 has knocked, it has affected many types of tournaments in the sports world. Players have also been troubled by this. For this reason, many new rules have been made, which include being quarantined and getting tested before any tournament. The recent victim of this virus has become the out-of-favour batsman Peter Handscomb. Handscomb is in England and is playing county cricket and meanwhile he has been found to be COVID-19 positive, due to which he has been ruled out of the county match against Lancashire.

The 30-year-old is captaining Middlesex this season but missed Sunday’s match in Group Two of the championship. The result of his COVID test has come positive due to which he has been isolated.

This player took the spot

According to the report of ‘The West Australian’, “Tim Murtagh of Ireland led Middlesex in place of Handscomb. Middlesex scored 280 for three on the first day of this match against Lansashire. Handscomb is struggling to score runs this season. He has failed to reach 50 runs in 13 innings for Middlesex.

The emphasis is on returning to the Australian team

30-year-old Peter Handscomb is currently trying to make a comeback in the Australian team. This batsman last represented his country in all formats in 2019. He played his last Test match against India in Sydney in January 2019 and his last international match as ODI against England in July 2019 at Birmingham. In this season, he is seen struggling. He has scored 227 runs in seven matches with an average of 17.46. There were reports that he wants to return to the team for the upcoming Ashes series, but after such performances in the county, the chances of that happening seem slim.

In 16 Test matches played for Australia, Handscomb’s bat has scored 934 runs at an average of 38.91. At the same time, he has scored 632 runs in 22 ODIs. His highest score in Tests has been 110 runs, while in ODIs 117 runs. For Australia, this batsman has played only two T20 matches in which he has scored 33 runs.

There may be delay in the selection process of National Sports Awards, know what is the reason