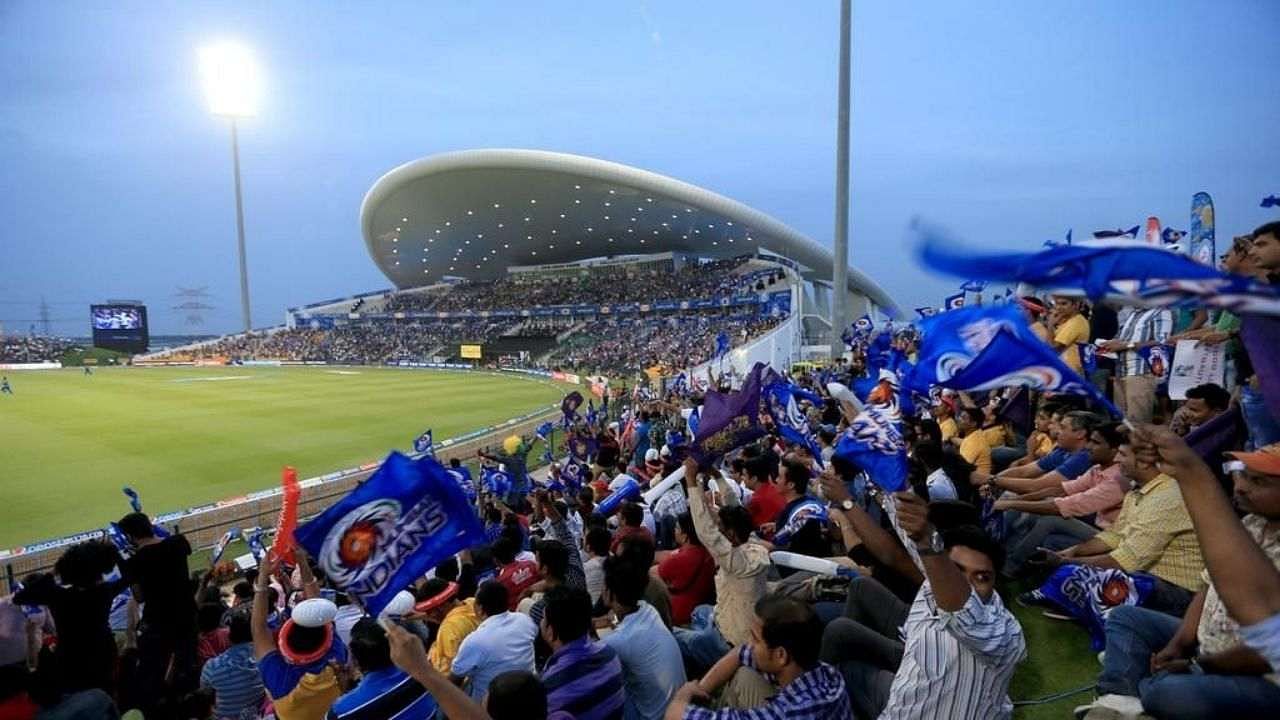 The eyes of the cricket fans have now turned towards IPL 2021 and this tournament is the only topic of discussion among the fans at the moment. The second part of the tournament is going to start in UAE from 19 September. There are still 31 matches left in the affected season due to Coronavirus and as such […]

In the first part of IPL 2021, fans were not allowed to come to the stadium. (Photo: BCCI/IPL)

The eyes of the cricket fans have now turned towards IPL 2021 and this tournament is the only topic of discussion among the fans at the moment. The second part of the tournament is going to start in UAE from 19 September. There are still 31 matches left in the affected season due to Coronavirus and in such a situation the thrill will remain intact. A decision by the IPL Governing Council and the UAE Government is going to add to this excitement, which is one of the most important aspects of this tournament. This is the part – the fans, who were away from the stadium at the beginning of this season, but not now. Now once again the real noise of the fans will resonate in the stadium, and not the fake noise played through the speaker. The BCCI and the UAE government together have allowed fans to come to the stadium for IPL 2021.

Entry to a limited number of fans

However, in view of the threat of Corona and to preserve the bio-bubble of the tournament, the board made it clear that instead of full capacity, only a limited number of spectators will be allowed. The board said, “In keeping with the COVID protocol and the rules of the UAE government, a limited number of seats will be available for matches played in Dubai, Sharjah and Abu Dhabi.”

NEWS – VIVO IPL 2021 set to welcome fans back to the stadiums.

31 matches left in the tournament

This season, which started in India from April 9, had to be stopped amid the second wave of coronavirus in the country. Then in the bio-bubble of the tournament, some players were caught in the infection and due to this the tournament had to be postponed midway on 4 May. Till that time only 29 matches of the tournament were played. Now the season is being extended once from September 19. The first match or say 30th match will be played between Mumbai and Chennai in Dubai. The season will end with the final match in Dubai on October 15, followed by the T20 World Cup.

Also read: In IPL, these stalwart batsmen are the ‘sixer king’ of their teams, create a lot of furor, see the full list

Rahul Gandhi attended the foundation day program of All India Mahila Congress in Delhi, unveiled the new insignia and flag

This 23 year old woman got pregnant twice in 10 months, gave birth to 3 children; Know where is this matter