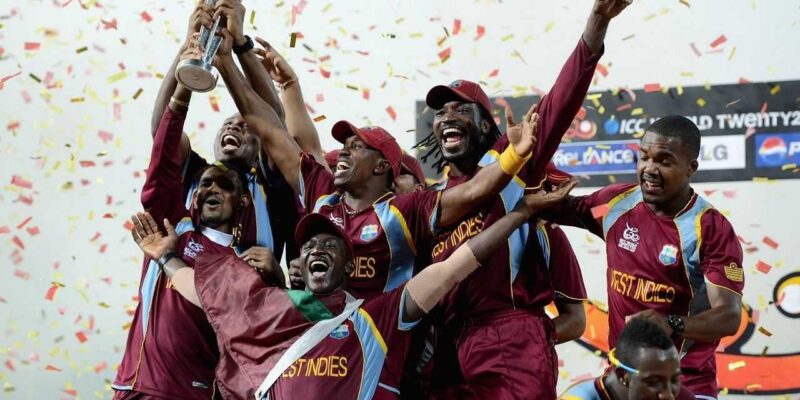 No matter which team is number one in the rankings in T20 format, West Indies is the team that speaks loudly in this format. It is the only team that has won the T20 World Cup title twice. In the year 2012, she managed to win this title for the first time. This victory gave new life to West Indies cricket, which was losing its identity at that time. With this victory, he started his dominance in the T20 format. In this victory of the team, its star and controversial player Marlon Samuels had an important role.

Samuels played a stormy innings in the final

The final match of this tournament was played on this day (October 7) in which he faced Sri Lanka. He was defeated by Sri Lanka in the league round. However, West Indies won the losing match in the final. Batting first, West Indies team lost 5 wickets for 32 runs in 10 overs. The team seemed to be in a lot of trouble. After this, Marlon Samuels batted brilliantly and helped the team to reach a respectable score of 137. He scored 78 runs in 56 balls. During this he hit three fours and six sixes. His strike rate was 139.28. In reply, Sri Lanka’s team was all out on the score of 101 runs. Samuels was adjudged man of the match in the final match.

After this, Samuels scored an unbeaten 85 off 66 balls against England in the 2016 T20 World Cup final to make West Indies T20 champions for the second time. Samuels, who retired from international cricket last year, has scored 3917 runs in 71 Tests for West Indies, including 7 centuries and a double century. Samuels scored 5606 runs in 207 ODIs for the West Indies at an average of 32.98 and scored 10 centuries with his bat. Samuels has scored 1611 runs in 67 T20 matches for West Indies.

Petrol Price Today: The rise in oil is not stopping, the price of petrol in Delhi has crossed Rs 103, know the rates of your city