The team of the Olympic Games, which is another name for ‘hope’, represents humanity, not any country. 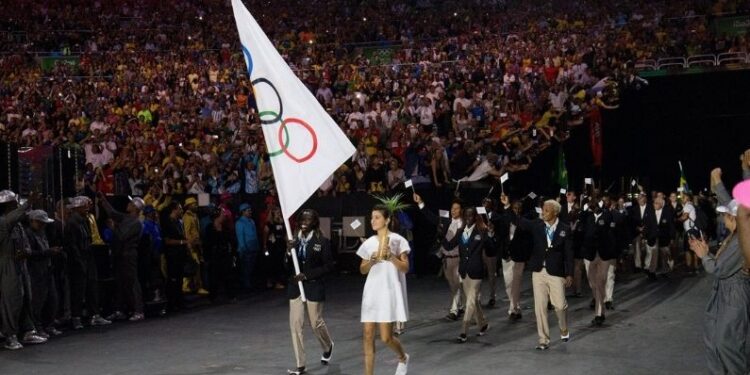 A new beginning was made in the 2016 Rio Olympics. For the first time in these games, the team of refugee players was fielded.

In the Olympic Games, every player tries to win a medal for the honor of his country. Along with showing his talent on the biggest stage of sports, he would also have a chance to bring laurels to the country. However, what about those people who have neither the name of the country nor the house. Those who spend a long time of their life waiting to return home. There are also many of these people who want to identify themselves as a player. For such people, IOC President Thomas Bach made a new beginning at the Rio Olympics. Made a team in which there were no players from any country, only ‘players’.

At the beginning of the year 2016, Thomas Bach had said that the IOC would field five to 10 refugee players to play in the Olympics. He had said that these players will prove to be a new hope for the refugee players around the world and will unite everything. Initially this team was called Team of Refugee Olympic Athens, however later it was changed to Refugee Olympic Team. This player played under the Olympic flag. In the 2016 Rio Olympics, 10 players were part of the refugee team.

The story of every refugee was inspiration

The first Olympic refugee team included players from South Sudan, Syria, Congo and Ethiopia, who competed in track and field, swimming and judging. There were six men and four women players in the team. On August 5, he walked behind the Olympic flag in the opening ceremony at the Maracana Stadium in Rio. This team was selected from among 43 contenders. Kenya’s Tegla Lorop, a former world record holder of women’s marathon, carried the Olympic flag. Apart from this, five coaches and five other team officials have also been selected.

The 21-year-old athlete had spent 15 years of her life in a refugee camp away from family. When she was only six years old, she had to leave her country of Sudan (now South Sudan) due to civil war and violence. During this, she was also separated from her family. Yusra Mardini was also one such refugee, who had to leave the country to save her life. Yusra is originally from Syria, which is battling a fierce civil war. It was not easy for Yusra to practice swimming in Syria. Once during practice there was a bombing, in which the roof of his swimming pool was blown up. Popule Misenga and Yolanda Mbika are judo players. Both these players participating in the Rio Olympics are living in a refugee camp in Rio. Originally citizens of Congo, these two players had to leave their country due to civil war. It has been almost 18 years since Mabika last saw her family.

This time 29 players will take part

The refugee team selected for the Tokyo Olympics consists of 29 players who will challenge in 12 sports. The International Olympic Committee (IOC) on Tuesday selected the squad of these 29 players out of 55 players. These players have left their country of origin and are getting scholarships in the new country to practice. The 29 players selected this time are originally from Afghanistan, Cameroon, Congo, Republic of Congo, Eritrea, Iran, Iraq, South Sudan, Sudan, Syria and Venezuela. These players will participate in swimming, athletics, badminton, boxing, rowing, cycling, judo, karate, shooting, taekwondo, weightlifting and wrestling.

IOC President Thomas Bach said, “You are an integral part of our Olympic community and we warmly welcome you.” He said, ‘You send a powerful message of solidarity, belligerence and hope to the world.’ The team will be managed by officials from the IOC in Tokyo and the UN’s Geneva-based Refugee Agency (UNSCR).

Sri Lankan legend Angelo Mathews took leave amid contract dispute, did not accompany the team on the tour of England, this is the reason