The target of 129 and the team all out for 125 runs still won the match, know how this magic happened? 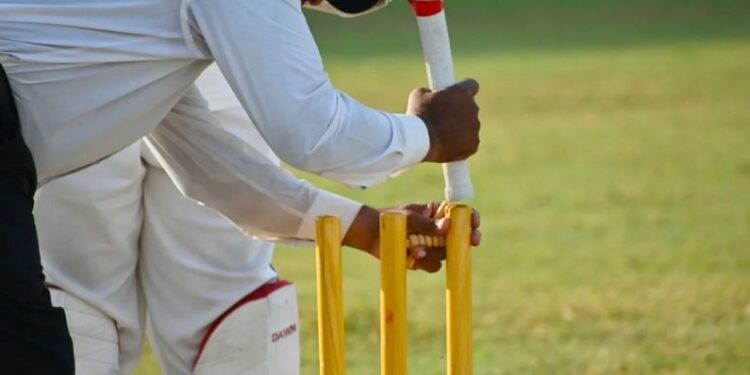 The team needed 129 runs to win but all its batsmen got out for 125 runs before playing 20 complete. Still, the team chasing the runs was declared the winner.

Apart from England, cricket is now being played in other countries of Europe as well.

Chasing 129 runs, a team was reduced to 125 runs but still the winner of the match remained the same. Have you ever heard such a thing before when he wins even after scoring runs less than the target and the whole team is all out. But this happened during the fourth T20 match between Malta and Belgium. Malta needed 129 runs and all their batsmen were all out for 125 before playing 20 complete but still the team was declared victorious and Belgium had to face defeat. This happened because of five penalty runs for Malta. Malta got five runs from the penalty after a Belgian player threatened the match official. However, there was a lot of controversy over this.

According to the information, allegedly Belgian player Shahryar Butt threatened and abused an official associated with the match. However, it was not clear when Butt misbehaved. Butt was dismissed by Washim Abbas. But then he did not give any kind of reaction. After that did he misbehave during the innings break or during Malta’s batting? Nothing is clear about this yet. But due to Butt’s alleged misbehavior, his team was fined five runs. This step was taken under disciplinary action.

Yesterday one rare incident occurred in cricket. Malta needed 129 to win & were bowled out for 125. Yet they won. Reason: 5 penalty runs were added to Malta’s score as Shaheryar Butt: one of the Belgium players breached the code of conduct.He threatened & abused a match official. pic.twitter.com/rZFtSVShUJ

Chasing runs, Malta’s team was reduced to 125 runs in the last over. He was three runs away from Belgium’s score of 128. In the last over, Malta needed five runs to win. But a run was scored on the first ball and then Ashok Bishnoi was out on the second ball. In this way the team remained away from the target. On this the Belgian players started celebrating. But a few minutes later, Malta was declared the winner under MCC Law 16.7. Under this rule, Malta got five runs.

What are the rules and regulations

It is said that the match officials spoke before the last over. After this there was also talk of field umpires and Belgian players. But neither the umpires had indicated to the scorers to increase the runs nor did the broadcasters say that there was talk of penalty runs on the field. In such a situation, when the result came after the match, there was also a controversy. According to Rule 42 of the MCC, if penalty runs are awarded, it must happen immediately and the scorer is asked to increase the run. If this is not done, then the decision of awarding penalty can be withheld later. It is believed that hearing is going on about this right now. ICC will also investigate the matter further.

read this also: Dhoni’s favorite hit a six with one hand at the age of 37, the ball went out of the field, watch video