The swimmer who won 12 Olympic medals suffered a lie, worldwide ruckus, got banned 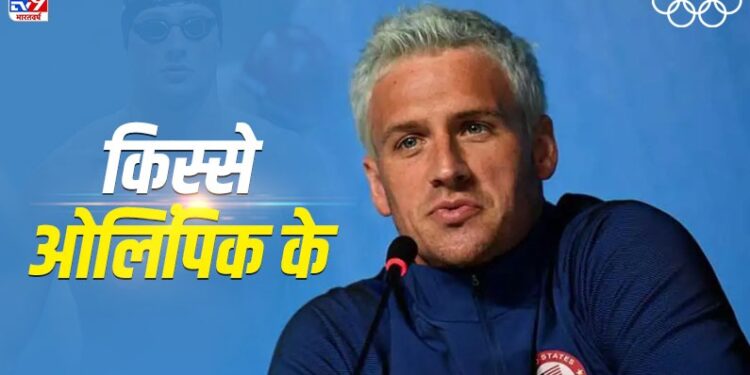 Ryan Lochte of America won 12 medals in swimming, including six gold medals. The Rio Olympics were controversial for Lochte

America has always dominated the sport of swimming. This country has given many swimming champions to the world. Michael Phelps, considered to be the most successful player in Olympic history, also belongs to America. Apart from Michael Phelps, Ryan Loshte is also one of America’s greatest players. Ryan, who won 12 Olympic medals, achieved a lot of success in his career and has included himself in the list of veterans. However, a lie had ended his career as well as his fan following.

This American veteran said that he hates to lose and he only knows how to win. He has won 12 medals in the Olympics including 6 gold medals, 3 silver medals and 3 bronze. He holds the record of 200m medley long and short course. He has been awarded the FINA Swimmer Award twice with the World Swimmer of the Year award and the American Swimmer of the Year award twice. He has so far won 77 medals in international competitions.

At the 2016 Olympic Trials, he failed to qualify in the 400m medley in Lochte. At the same time, he could not even make it to the 200m freestyle. However, he qualified in the 4×200m freestyle and 200m medley. When he reached Rio, it was expected that he would once again put up the medal lines. However, this time something happened due to which he got banned.

Loshte told a big lie in the Rio Olympics

He had a gold in the Rio Olympics but he came into the limelight for some other reason. In fact, Lochte had alleged that he was robbed at gunpoint at a gas station during the Rio Olympics. He had said that he had gone out with his friends at night. When they reached the gas station, some people came to them in police clothes and robbed them at gunpoint. He told this to his mother and his mother told everything in the media. After this the matter got bigger and the investigation of this entire case started. After investigation, it was found that Darsal Loshte had ransacked the gas station and then told the whole story for fear of being caught. After the truth came out, Loshte apologized. He had said, ‘I want to apologize for my behaviour. I should not have made any statement without thinking. Going out at night with friends in an unknown country is like a nightmare.

However, the American Swimming Association was very angry with this. He imposed a 14-month ban on Loshte. At the same time, all the sponsors had also terminated all the agreements with them. Six-time Olympic gold medalist Ryan returned in the year 2019 after serving a fourteen-month ban. The 35-year-old Ryan won the 200m individual medley event at the US Swimming Championships with a timing of 1:57.76s. It was Ryan’s 27th national title.

In the 16-day long Rio Olympics, the US continued its dominance by winning a total of 121 medals, including 46 gold medals. Great Britain ranked second and China third. India won two medals and remained at number 67 in the medal tally. Sakshi Malik will be at the forefront of the team of Indian players in the closing ceremony. She has won a medal for the Indian team in women’s wrestling for the first time.

The race was won by taking a lift from the car, then the President’s daughter opened the pole, then the one who drank alcohol got the gold