The stormy debut of a 19-year-old Indian, the fair was looted by raining fours and sixes, was beaten with a strike of 202 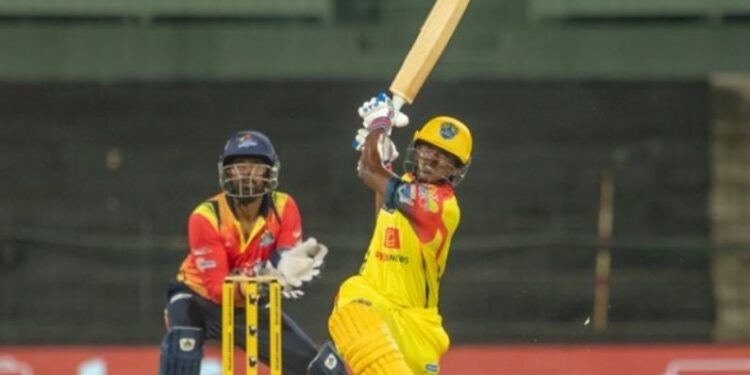 In the first match of TNPL 2021, a 19-year-old player robbed the fair. He scored 87 runs in just 43 balls with eight fours and five sixes.

Cricket could not be played in India for a long time due to Corona virus. Since the postponement of IPL 2021 in May, cricket-related activities have come to a standstill. But once from July 19, this game started in the country. Tamil Nadu Premier League 2021 has started in Chennai, the capital of Tamil Nadu. On the very first day of the tournament, a 19-year-old player tied the knot with his quick batting. However, the match was interrupted by rain and after 18 overs in the first innings, the match could not start again. But even before this, 19-year-old Sai Sudharsan caught everyone’s attention by scoring 87 runs in 43 balls. Playing for Lyca Kovai Kings, this batsman hit eight fours and five sixes in his half-century innings against Salem Spartans. Sudarshan scored runs at a strike rate of 202. Due to this, Lyka Kovai Kings, batting first, scored 168 runs for five wickets in 189 overs.

Salem’s team won the toss and decided to bowl first. In such a situation, while batting, Ganga Sridhar Raju (33) and R Kavin (33) made a quick start to Kovai. Both shared a partnership of 38 runs in 27 balls. Raju was dismissed in 20 balls with four fours and two sixes. After this, a partnership of 121 runs for the second wicket between Kavin and Sai Sudarshan. During this, Sudarshan completed his fifty in 24 balls. In this partnership, Kavin batted slowly while Sudarshan scored runs. Kavin was dismissed after scoring 33 runs in 41 balls with two fours. His wicket fell on the score of 159 runs in the 17th over. Vijay Shankar dismissed Kavin. After his departure, Kovai’s innings faltered. His three wickets fell within eight balls.

It all happened with an over from T Natarajan’s disciple G Periyaswamy. He dismissed Kovai’s captain Shahrukh Khan for one run on the very first ball of the 18th over. Sai Sudarshan also went on after scoring 87 runs on the very next ball. He stayed away from the century. Abhishek Tanwar did not allow a hat-trick but U Mukilesh was run out after scoring a run on the last ball of the over. Due to this, Kovai’s score was reduced from 159 for one wicket to 168 for five at one time. Periyaswamy took two wickets for 18 runs in three overs. But as soon as he completed his over, the rain came. Then it did not stop and this season the first match of TNPL had to be canceled.