The race was won by taking a lift from the car, the President’s daughter opened the pole, then the one who drank alcohol got gold 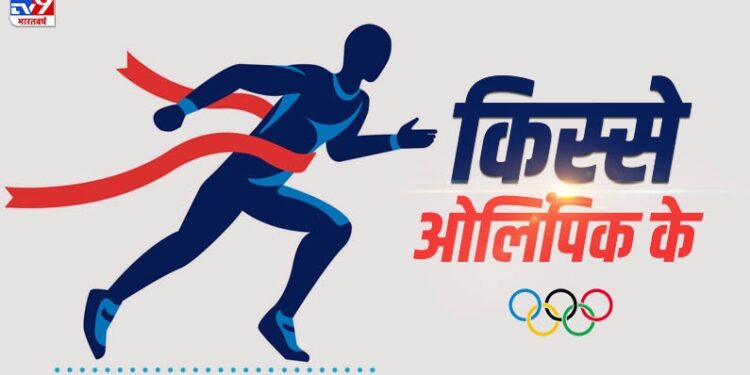 The 1904 Olympic Games were held in St. Louis, USA. In these sports, the marathon race was very much discussed because each player had adopted strange ways to complete the race.

Marathon races have been a part of the Olympics since its inception.

Marathon may be the longest race in athletics, but fans have always been interested in this race. Today we see that the route of the marathon is chosen very carefully. Special care is taken to ensure that the players do not face any problem. There is a water stop everywhere. A van runs with the players, which helps the players when their health is bad, but earlier this was not the case. In the early Olympics, many times this race became difficult for the players.

Something similar happened in 1904. The marathon race of the third Olympic Games was quite interesting. The medal was not given to the player who won the race because at that time the daughter of the President of America had made a big disclosure. The story of every player who took part in this race was different and interesting.

The 1904 marathon was not easy. The race started on a rough road, in the midst of the scorching heat, as the athletes were running, dust was getting into their mouths, making it difficult for them to breathe. After this many athletes moved here and there. There was only one water stop in this entire race. This stop was 12 miles (19.3 km) away, with a well on the side of the road. When the race started, 32 players took part but by the end of the day only fourteen were left. This race was won by Fred Large of America. After winning the race, Lord said, ‘This race was very difficult. This road and heat can spoil anyone’s condition. Fans had become a fan of his courage.

As soon as she was to be awarded the race prize, Alice, the daughter of the then US President Theordar Roosevelt, stopped the ceremony. Everyone was surprised that what had happened. Alice reveals that Lorge cheated and doesn’t deserve to win. Ellis said that after a distance of 11.2 km, Lorge developed leg cramps, after which he first took the shortcut and then completed the rest of the race sitting in the car. Lorge was disqualified.

Thomas Hicks, who completed the race after the large, was declared the winner. The race was not easy for Hicks either. When he was hungry, he ate eggs on the way, while he was also given brandy. This race was a strange experience for the players. William Gracia of California was leaning forward throughout the race, due to which his head froze. At the same time, Tauyane in South Africa was surrounded by wild dogs. When Felix of Cuba got hungry on the way, he ate an apple from a garden, but it was rotten. Because of this, he had cramps in his stomach. Because of this, he had to leave the race midway and lie down on the side of the road. Despite all this, he remained in fourth place.

The Games were first held in Europe in 1904

The 1904 Olympic Games were held outside Europe for the first time. The format of awarding three medals started in these games, which is continuing till now. Gold medals were awarded for the first time. Boxing, dumbbell, freestyle wrestling and decathlon sports debuted. American gymnast George Easer took part in these games with a prosthetic leg and won six medals, including three gold. When he was young, he lost his left leg in a train accident. Louis in 1904 and European tensions caused by the Russo-Japanese War, 523 of the 630 players were from the United States. In more than half of the events, solely domestic competitors took part. The United States won 239 medals, which is the most medals for a country in an Olympic Games.

The ‘comeback king’ of the Olympic Games, who set the gold line, became the world champion at the age of 67