The power of ‘Made in India’ will be seen in Tokyo Olympics, equipment of Indian companies will be used 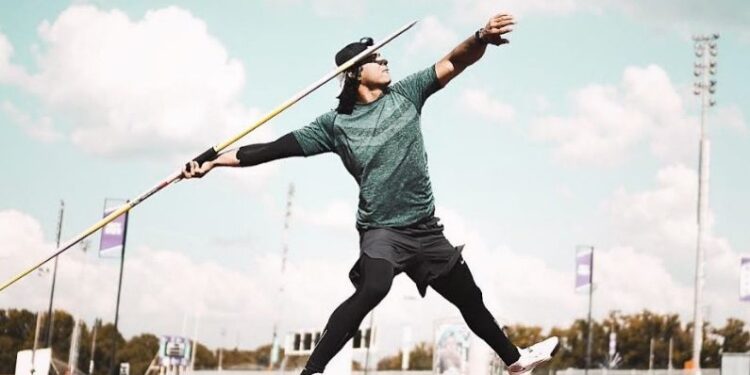 World Athletics has selected six companies, including companies from India, for the equipment to be used in the athletics events of the Tokyo Olympics.

This time 18 players are going to participate from India in the Tokyo Olympics. Athletics is the biggest event of the Olympic Games in which many medals are at stake. Although India has not been able to get a single medal in this game so far. Even though the chances of India becoming a superpower in athletics are low at the moment, but the equipment manufacturers of India will definitely make their presence felt during the track and field events at the Tokyo Olympic Stadium.

India’s Anand Track and Field Equipment (ATE), Bhalla International and Nelco are among the six companies that World Athletics has approved to provide equipment during shotput, discus and targola throw events. She will provide shotput (7.26kg), discus (2kg) and targola (7.26kg) during the Olympics starting July 23.

36 equipment made in India to go to Tokyo Olympics

ATE’s Adarsh ​​Anand told PTI, “We are giving six equipment each in shotput, discus throw and targola throw. Including the women’s and men’s events, we will give 36 equipment to the Tokyo Olympics. He said, ‘Our equipment has been used in the Olympics since the 1992 Barcelona Olympics. Our journey started with the 1991 World Championship in Tokyo.

The registered office of the company is in Meerut and the factory is in Delhi. Bhalla International is also providing 36 equipments. Company representative Ashish Bhalla said, “We have won awards for high quality products at Rio Olympics 2016. It is a matter of pride for our company and the country that we are part of the Olympics.

Three Indians will use indigenous brands

Many players will use their own equipment in the Olympics, but many take the equipment kept in racks at the venue. Neeraj Chopra uses Nemeth or Nordic brand Javelin in Javelin. Three Indians will use the indigenous brand which includes Tejinder Singh Toor, Seema Poonia and Kamalpreet Kaur. A good shotput, chakka or targola comes between 6000 to 10000 rupees.

The Athletics Federation of India (AFI) has announced a 26-member squad for the upcoming Tokyo Olympic Games, which also includes sprinter Dutee Chand. 16 athletes in India’s 26-man squad will compete in individual events, while five men runners for the 4x400m relay event and two men and three women runners have been included in the mixed 4x400m relay.

Ind vs Eng: The biggest truth that came out about Rishabh Pant, Corona infected due to visiting this place in England!