The ‘power couple’ who lost their hearts in the game itself, who had to pay a big price at the French Open on June 10! 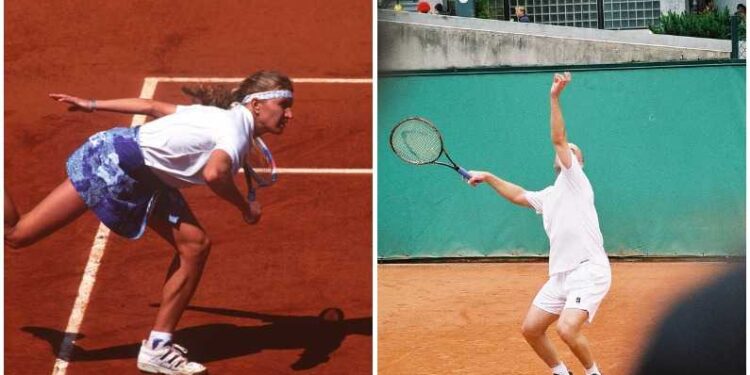 On June 10, on the court of the French Open, the dream of two superstar players of tennis’s men’s and women’s singles was shattered, which again took them years to fulfill.

On 10 June 1989, Steffi Graf missed out on winning her third consecutive French Open. On 10 June 1990, Agassi missed his first chance to win it.

The French Open is at its peak on the red clay courts of Paris. This Grand Slam of Tennis on Clay Court has a long history. This tournament has been witness to the victory and defeat of many players. Some got memorable victories, while there were many who had to suffer a sensational defeat. On the court of the French Open, the date of June 10 had passed heavily for the power couple of the tennis world. However, it is a matter of time that neither these power couple were made nor any love flourished between them. Right now the careers of these two superstar players of men’s and women’s singles of tennis were just young. We are talking about Andre Agassi and Steffi Graf.

Andre Agassi made his debut in professional tennis in 1986. In that sense, Steffi Graf was 4 years senior to him. Both have reached number one in their respective careers. How did Germany’s graph meet with America’s Agassi? We will tell how they became the power couple of this game through each other. But, before that it is important for you to know what happened to them on June 10 at the French Open?

Year 1989. Date 10 June. Chance French Open women’s final. Two-time French Open champion Steffi Graf came out to defend her title for the third time in a row. The challenge in front was that of Archa Sanchez. That is, Germany’s Graf vs Spain’s Sanchez on the court of Paris. Everyone expected Graph to win. But, Sanchez falsified everyone’s thinking. The Spanish tennis star won the match 7-6, 3-6 and 7-5 in just 3 sets, taking Steffi Graf away from the French Open victory for the third time in a row. It was Archa Sanchez’s tennis career being the first French Open title as well as the first Grand Slam title.

Year 1990. Date 10 June. Chance French Open men’s final. The challenge of Andre Gomez of Ecuador in front of Andre Agassi of America. This was the first time that Agassi had a chance to win the French Open. But, he missed this opportunity. Because Gomez of Ecuador defeated them 6-3, 2-6, 6-4, 6-4 in a fighting match. This was the first and only Grand Slam title of Andre Gomes’ tennis career.

The story of Agassi and Graf becoming a power couple

After losing the French Open to Andre Gomez on 10 June 1990, it took another 9 years to win this Grand Slam. That is, in the year 1999, he could go and add the title of French Open to his box for the first time. However, this was also the year when Andre Agassi and Steffi Graf became each other. On 22 October 1999, both of them got married in the court. This is the second marriage of American tennis star Andre Agassi. Earlier, he was tied with Hollywood actress Brooke Shields. But, shortly after the divorce, he married Steffi Graf. While Agassi was with Brooke Shields, Graf was in a relationship with car racing driver Michael Bartels from 1992 to 1999. Graf moved to Agassi’s Las Vegas home in September 1999 as soon as the relationship with Bartels ended. With this, he also put an end to his tennis career.