The player who scored more than 19 thousand runs became the coach of this Indian team, had left the chair 5 months ago 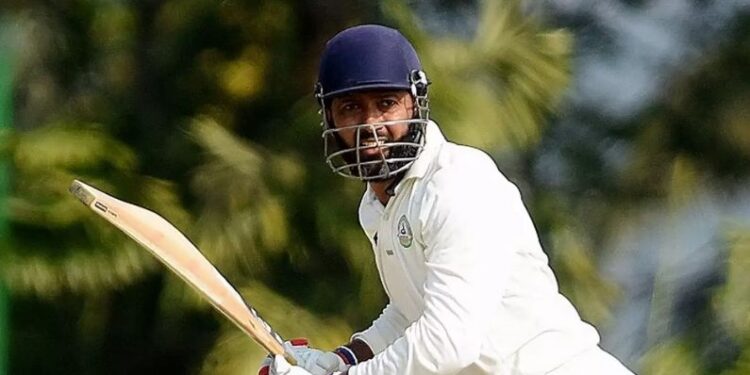 This player played 31 Tests and two ODIs for India. He is also currently the coach of IPL team Punjab Kings. There has never been a batsman like him in domestic cricket.

Wasim Jaffer has also played Tests and ODIs for India.

Former India Test batsman and domestic cricket legend Wasim Jaffer was on Wednesday appointed the head coach of the Odisha senior team for the upcoming domestic season. Odisha Cricket Association Chief Executive Officer Subrata Bahera told PTI, “He (Jaffer) will be the head coach. He has been signed for two years. Apart from the development of cricket for all age groups, he (Jaffer) will also be a part of the development program of coaches in the state. The decision was taken after a meeting of the Association’s Cricket Advisory Committee. Jaffer will replace former state captain Rashmi Ranjan Parida who was with the team for two seasons.

Jaffer, the highest run-getter in the Ranji Trophy, will take over as the head coach of a state team for the second time. After retiring in March 2020, he coached Uttarakhand but resigned after a dispute with the Sangh. Uttarakhand Cricket had accused him of being involved in religious activities. Under the allegations, it was said that they used to bring clerics to the team’s camp. On this, Jaffer had vehemently denied the allegations along with expressing strong objection. There was a lot of ruckus in this matter. Later, the Uttarakhand government had also ordered an inquiry but nothing has happened so far.

Wasim Jaffer is the star of domestic cricket

Odisha is counted among the weak teams of domestic cricket. She is yet to win the Ranji Trophy. In the last season of this tournament, this team reached the quarter finals. Then he had to face defeat at the hands of Bengal. Odisha’s weakness is batting. Due to poor batting for a long time, she misses big matches and is not able to go ahead. With Wasim Jaffer now becoming the coach of Odisha, it can be expected that this drawback will be removed. The Odisha team’s camp will be held from July 25. However, due to this, permission is yet to be received from the state government. Ranji Trophy was not organized in the last season due to Corona virus. But this time it is to be a tournament. BCCI has announced this.