The pitch became the graveyard of the batsmen, 27 wickets fell in 4 hours, this team won the historic test by scoring only 60 runs 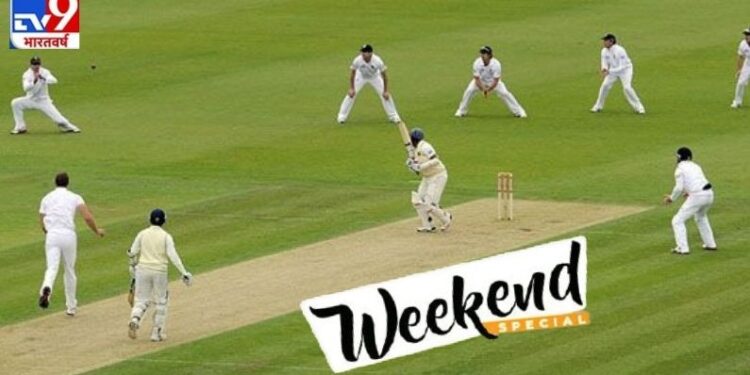 Many matches in cricket history have ended in two days, but this match could not even last for two days, because the fate of the match was decided within just four to five hours.

The bowlers dominated for two days at Lord’s and only wickets kept falling.

Cricket has its own thrill in England. Especially Test cricket. On that, if the clouds are a little dense in the sky, then the fun doubles, because then the fast bowlers get to see them. Fans who watch cricket in today’s era are well aware of this and know that the Dukes ball made in England helps more in this. But this is about today. In fact, this has always been the case in England. For more than a century, the weather has been kind to the fast bowlers. Although many examples of this have been seen, but what happened more than 100 years ago, it will surprise anyone. 27 wickets in just 4 hours and the match didn’t even last for two days.

This anecdote is 133 years old and the historic Lord’s ground was the witness of this shocking match. The matter is of July 1888, when the Australian team went on a tour of England. The first match of the series was played at Lord’s from 16 July, but no one had any idea what was going to happen next. However, on the very first day of the match, it was decided that the batsmen’s evening was about to come, as the first day’s play started late due to a lot of rain.

Bad condition from day one

The conditions created due to rain had turned the pitch into a batsmen’s graveyard, the trailer of which was shown on 16 July and the full movie came out on 17 July. The Australian team, already considered weaker than England, batted first and the entire innings was reduced to just 116 runs. Bobby Peel took 4 and Johnny Briggs took 3 wickets. In reply, England’s condition was also not good and by the end of the day’s play, 3 wickets fell for just 18 runs. In this way a total of 13 wickets fell on the first day.

England were bundled out for just 53 runs

The real game started on the second day i.e. on 17th July. Exactly 131 years ago today. England started their innings on the second day of the match with a score of 18/3, but the panic of the bowlers started. England started losing their wickets one by one and the condition of the team became such that it could not even make half of Australia’s score. Charlie Turner’s 5 wickets shook England and the entire team was bundled out for just 53 runs. Australia thus got a lead of 63 runs. It was only a few minutes of play.

Game over in few hours

In the next 2-3 hours, the pitch became the time of the batsmen. Australia, who came to bat in the second innings, had a good lead, but their condition deteriorated badly in the second innings. JJ Ferris, the number 9 batsman, saved the team a bit by scoring 20 runs, but the whole team was reduced to just 60 runs. George Lohman and Bobby Peel took 4-4 wickets.

England needed 124 runs to win, which obviously was not easy in these conditions. Something similar happened and the entire team of England was reduced to just 62 runs in the second innings. It took a little over 4 hours and 27 wickets fell. In the second innings for Australia, only Charlie Turner and JJ Ferris bowled and both took 5-5 wickets. Despite the small score, Australia won the match by a margin of 61 runs.

Also read: IND vs SL: Bhuvneshwar Kumar told the future plan, will the focus be on Test cricket or ODI-T20?