The one who got the Indian women’s hockey team an Olympic ticket after 36 years, said a big thing about the current coach 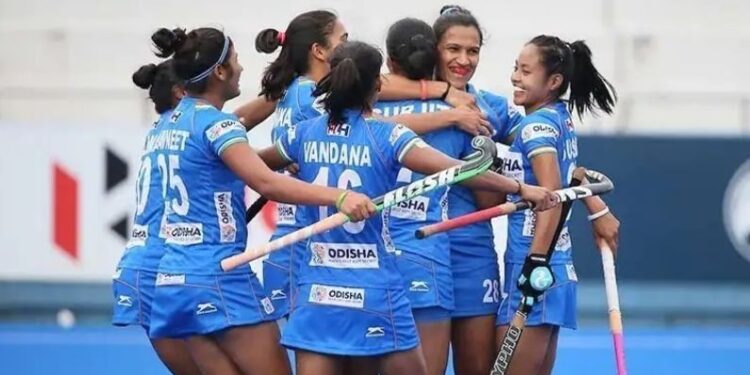 This will be the third Olympics of the Indian women’s hockey team and in this she will enter with all her strength and the country is also expecting her to perform well.

The Indian women’s hockey team has qualified for the Olympics for the second time in a row.

The Indian women’s team is going to play the Olympics for the third time. The whole country has high expectations from the women’s team and the performance of the team has also been good in the last few years. The team is progressing well under the guidance of head coach Schord Marine. This is the view of former head coach Neil Haugood. Haugood has said that the Indian women’s hockey team has become a mentally strong unit under the supervision of Sjoerd Marijne, which augurs well for its upcoming Tokyo Olympic campaign.

Haugud has been the national coach of the Indian women’s team twice between 2012 and 2016. He admitted that the game of captain Rani Rampal and his team has improved a lot since the arrival of current coach Marinee.

India qualified for the Rio Olympics after 36 years under Hagood’s supervision. The former Australian Olympian said in the latest episode of Hockey India’s podcast series ‘Hockey Te Charcha’ launched before the Tokyo Games, “Shorde (Marine) has done a wonderful job in raising the level of the team. The current team is mentally much stronger than the previous years. Earlier, if the goal was scored early against the team, then the situation would have become worrying, which could lead to a big defeat. The team now looks calm and confident in this type of situation. Players know that they can return to the match at any time. I am happy to see that the team has improved a lot compared to my time and reached a different (higher) level.

Recalling his time with the team, he said, “When I was given the responsibility for the first time, I felt that the right structure was there to build the team. From the very beginning our intention was to build a team for the future. We never felt that any major change was needed. However, my team and I implemented minor changes.

He said, “The biggest change we made was in the way we practice. At that time many players continued to practice even after getting injured for fear of losing their place in the team. We do however focus on rehabilitation and full fitness so that players can practice at the highest level and not worry about being dropped due to injury.

Lack of match practice can be troublesome

Hagood believes that the lack of match practice for teams like India, Australia and Argentina before the Olympics due to the COVID-19 epidemic can be a problem. European teams, on the other hand, played frequent practice matches against each other during this period. “It’s going to be tough for teams like Australia, India and Argentina because they haven’t played much hockey recently. The teams of Europe are playing regular Test matches against each other during this period. Anything is possible in the first two matches of the competition. Any team can beat anyone.

After losing the Euro Cup final, the anger of this former cricketer erupted over the racial remarks made on the players of England, said a big deal