The loot of Pakistan drowned well! Did not win even in the third ODI, West Indies won the series 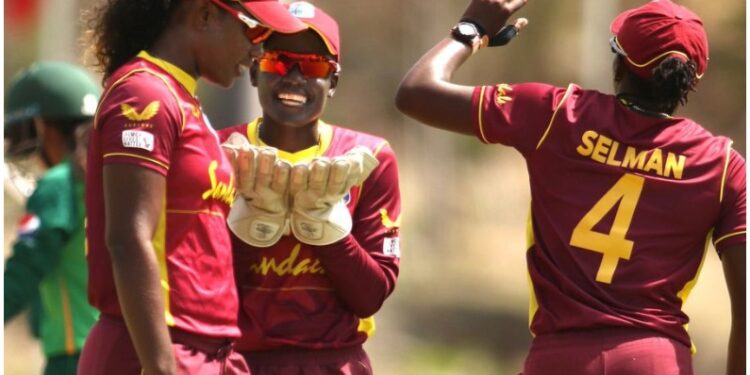 Pakistan team has won forgetting in cricket. That’s why in recent times, she seems to be losing her matches from England to West Indies and losing the series.

It seems that the entire cricket platoon of Pakistan has forgotten to win. That’s why they are just losing from England to West Indies. Even if you are trying to win, your feet are getting uprooted from the wicket. Pakistan’s cricket team has failed in both the countries with ball and bat. On the other hand, the men’s team in England is standing on the verge of a clean sweep after trailing 0-2 in the 3 ODI series. So here in the West Indies, Pakistan’s women’s cricket team has also lost the series of 5 ODIs. West Indies women cricketers not only took an unassailable 3-0 lead but also won the series after beating their Pakistani counterpart by 8 wickets in the third ODI.

The Pakistan women’s team, which went on the tour of West Indies, batted first in the third ODI. But she could not even play 50 overs. In 49 overs, he surrendered while falling. Pakistan women’s team was all out after scoring just 182 runs. Omayna Sohail scored the highest 62 runs for Pakistan. Barring him, none of the other batsmen could even cross the threshold of a half-century. Chinley Henry was the most successful bowler for West Indies, who dismissed 3 batsmen for 37 runs in 8 overs.

Now it was the turn of the West Indies women’s run chase, on which they lived up to the expectations. For the West Indies, the team’s all-rounder and opener Hailey Mathews scored a brilliant century. She remained unbeaten on 100 off 122 balls, which is the second century of her ODI career. Mathews hit 11 fours in his innings. Apart from Mathews, Cooper played an innings of 45 runs.

West Indies achieved the target of 183 runs from the Pakistan team in the 41st over with their fine batting and won the match 59 balls already. No bowler from Pakistan could create trouble for the Caribbean batsmen. Amin and Sana took 1-1 wickets but they could not be of any use to the team. The 23-year-old batsman Mathews, who remained unbeaten after scoring a century in the match, was adjudged the Player of the Match. With this win, West Indies have taken an unassailable 3-0 lead in the five-match series. And now his eyes will be on taking steps towards a clean sweep.

Also read: Virat Kohli hit on Instagram, made a place in the 3 most influential players in the world, see the list of top-5