The Hundred, MO vs OI (Men): Know when, where and how to watch all league matches 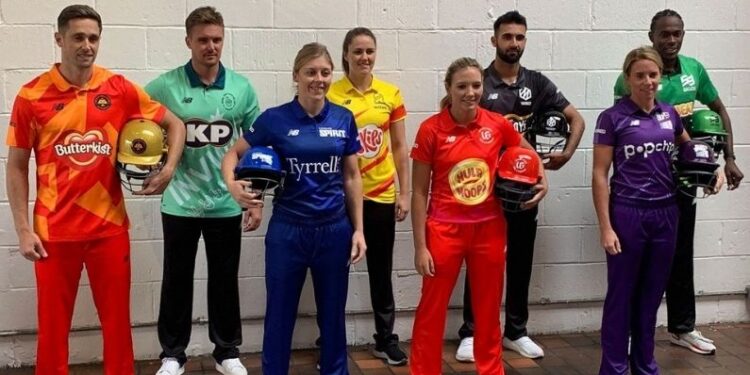 England’s The Hundred is being awaited since last year. Last year it was postponed for a year due to Coronavirus.

After being in the news for almost a year, England’s The Hundred League finally started on Wednesday. On Wednesday, the first match of the women’s section was played between Manchester Originals and Oval Invincible. The match was won by the Oval Invincible, captained by Dan van Niekerk. At the same time, the men’s league will also start with the match between these two teams which will be played on Thursday.

The whole world was waiting for The Hundred League for a long time. It was to be organized last year but due to Corona, its event was postponed. These leagues are in a lot of discussion about the most different rules. In this, an innings of the match will be of only 100 balls. There are 8 women’s teams and 8 men’s teams participating in the league.

BCCI has given permission to Indian women cricketers for this. However, Indian male cricketers cannot be a part of it. In the women’s section of this tournament, apart from Harmanpreet and Smriti, world number one T20 batsmen Shefali Verma, Jemima Rodrigues and all-rounder Deepti Sharma will also be seen playing in this new tournament. Harmanpreet Kaur made a stormy start to her campaign on Wednesday. He scored 29 runs in 16 balls with six fours for Manchester Originals. After a flop on the tour of England, he is now in his familiar style.

When will the first match of men’s category be played?

The men’s match between Manchester Originals and Oval Invincible will be played on 22 July at the Oval Ground.

When will the first match of men’s category start?

The men’s match between Manchester Originals and Oval Invincible will start at 11 pm.

Where will be the live telecast of the matches of men’s category?

No match of The Hundred tournament will be telecast live on TV.

Where can I watch live streaming of men’s matches?

All matches of The Hundred tournament will be live streamed on Fan Code.

The Hundred: Harmanpreet Kaur showed explosive style in the very first match, still could not win the team