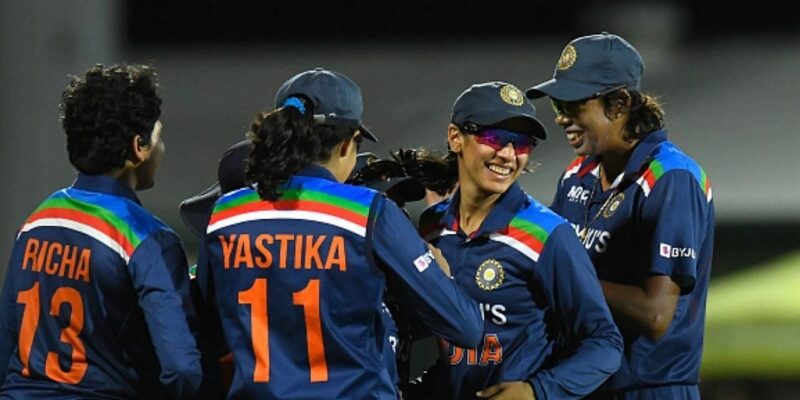 Australia defeated the Indian women’s team in a thrilling match.

The Indian bowler took the maximum 3 wickets for the team in the third ODI against Australia and also won the match by scoring fours in the last over.

India’s experienced fast bowler Jhulan Goswami has a special place in world women’s cricket. Jhulan, who has been spreading his bowling in international cricket for the last two decades, is still the most trusted bowler of the Indian team. Jhulan, who is about 39 years old, holds the record for the highest number of 240 wickets in the history of women’s one-day cricket and it is moving forward. This is the reason that not only India but players of other teams also want to learn something from this legendary bowler. Australia’s young fast bowler Nicola Carrey is one such player who wants to learn from the experience and bowling ability of the Indian bowler.

In the third ODI at McCoy on Australia tour, Jhulan scored the winning four in the last over to give the team its first win in the series. After this victory, although this four of Jhulan is being discussed, but the Indian legend also wreaked havoc with his bowling in this series and took the maximum 4 wickets for the team. In the third match, Jhulan had taken 3 wickets for 37 runs in 10 overs even before winning by hitting a four and had prepared the foundation for victory.

Obviously, in such a situation, every new player can learn something from Jhulan. Australia’s medium pacer Nicola Carey also wants to take knowledge of a particular weapon from the Indian bowler. Carey, who took a wicket in the third ODI, said that she wants to bowl a yorker like Jhulan. Speaking to the Indian media, Carey said,

“He is very effective. In all three ODIs, he bowled very well with the new ball. Took some important wickets for India and then he bowled a yorker in the death over. I want to bowl yorkers like Goswami because at the end of the innings he bowled very effectively. She’s had a great career and she’s still bowling brilliantly like before, it’s pretty impressive and I want to bowl yorkers like Goswami, that’s my goal.”

Jhulan, who made her ODI and Test debut for India in 2002, is the senior most member of the team along with captain Mithali Raj. This legendary pacer of Bengal has played 11 Test matches so far, in which she has 41 wickets to her name. At the same time, he has taken 240 wickets in 192 ODIs, while 56 wickets have come in his account in 68 T20 matches. Jhulan will once again take charge of the Indian bowling in next year’s ODI World Cup in New Zealand, which will probably be her last chance to become world champion.

Also read: When Glenn Maxwell was thrashed fiercely by this female player, told the old story, said – sometime after that…