The first player from Kenya to take part in the Winter Olympics, whose enthusiasm surprised everyone, got more respect than the winner 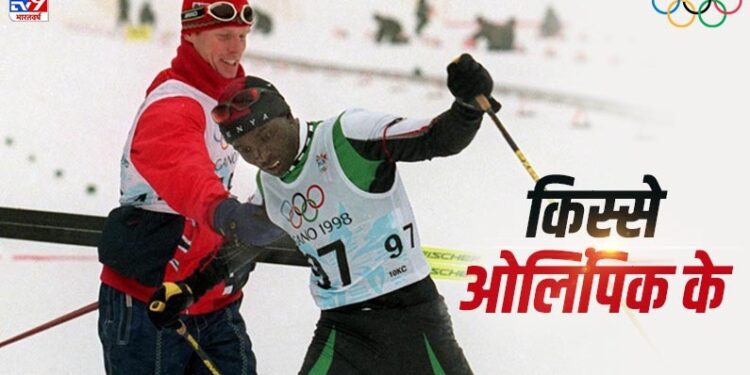 Journe Dehli has won 12 medals in the Winter Olympics

The number of countries participating in the Summer Olympics is much less than the number of countries participating in the Winter Olympics. The main reason for this is that there is no snow in every country, so people are not particularly interested in sports related to it. Talking about India, till now there has been only one player who continued to participate in the Winter Olympics. Shiv Keshawan could never win any medal but he definitely has a different identity in the country.

Boit saw snow only two years before going to the Olympics

10 km cross country skiing is like a marathon. The players have to reach the finishing line while skiing on the snow through long paths. It takes a lot of strength to ski continuously wearing thick clothes in the snow. Boet may have skied, but he was not used to it very much because snow in Kenya is negligible. Boit saw snow for the first time only two years before these Olympic Games. When he qualified for the Olympics, people were very eager to see him. However, in the very first race, a big problem had arisen in front of Boet. Actually it started raining even before the race started. Boit had never skied on wet snow before. He was slipping over and over again. It seemed that he would not even be able to complete the race.

As expected, the race journer won the race. After about 20 minutes, the medal was to be given to the race judge. Then the person doing the commentary said that the last contestants of the race reached near Boit Stadium. Jorner was very surprised to know that this Kenyan player did not lose his spirits even in adverse conditions. He stopped the presentation ceremony and waited for the boat. As soon as Boit reached the stadium, people stood up and started cheering him. They were all chanting his name as soon as Boit crossed the finishing line, Jorner hugged him. He was proud of the boat.

Boit became the hero of Kenya

Both the players have said different things about this moment. Boit says that he immediately thanked Jorner, while Jorner says that Boit told him, ‘I will beat you in the next Olympics’. From this moment the never ending friendship of both started. This one race made Boite the hero of his country. When he returned, people stood at the airport to welcome him. He was telling them that he had finished last in the race, but it did not matter to the people. The people of Kenya were just happy to think that their player took part in the Winter Olympics.

Tokyo Olympics 2020: Players full of enthusiasm after talking to PM Narendra Modi, know who said what