The eater of cricket will now become the protector! Pakistani who has spent 5 years ‘punishment’ in preparation for big role 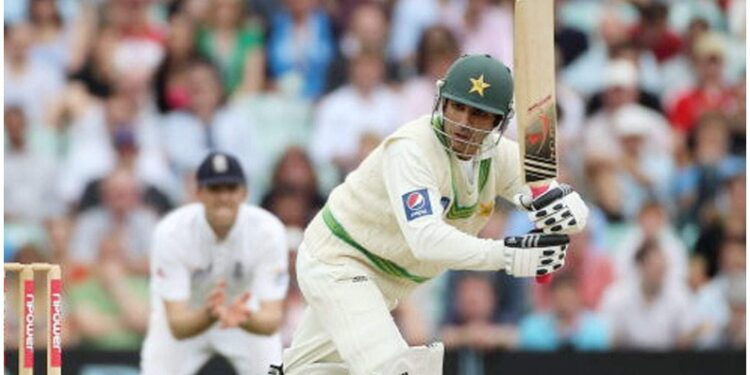 Whoever broke the rules, flaunted it and tarnished the cricket while doing so, now the same cricketer can be seen on the field taking care of the rules.

Salman Butt on his way to becoming a match referee

You must have heard the story of the protector of the law becoming a devourer many times. But, this story is a little different. Its mood is a little different. Because, in this story, only the eater of cricket can become its savior. Meaning, whoever broke the rules, flaunted it and tarnished the cricket while doing so, now the same cricketer can appear on the cricket field taking care of the rules. We are talking about Pakistan’s 36-year-old cricketer Salman Butt.

Cricketer-turned-commentator Salman Butt played cricket for Pakistan between 2003 and 2010. During this time, he also did such a non-Pak act, which brought a big disrepute to cricket. In the year 2010, his name came in the spot-fixing scandal, for which he was banned for 5 years as a punishment. Now with what happened to the Salman Butt ban, he had to sacrifice his career as well. When he returned after the ban was lifted, he could not regain his footing in cricket, so he started commentary. And, now in the coming days, Salman Butt can also appear in the role of match referee. Meaning, he can also be seen checking the players who break the rules on the field and punishing them if they make a mistake.

Salman Butt is doing the course to become a match referee

It is reported that Salman Butt has also participated in the level 1 course started by the Pakistan Cricket Board for match referees, umpires and other match officials. After the completion of this course, Butt, who was a Pak opener, will be ready to play the role of match referee. In this course, they will be told about the rules of cricket, rules and regulations related to umpiring. After completion of the course the candidate will have to go through a written test, fitness test and then interview.

Butt joins the course with 350 people

Apart from Salman Butt, other Pakistani cricketers like Abdul Rauf and Bilal Asif have also shown interest in doing this course. According to the report, a total of 350 people have enrolled for this course. Salman Butt played 33 Tests and 78 ODIs for Pakistan in his cricket career of 7 years, in which he scored 1889 runs and 2725 runs respectively. Butt has scored 11 international centuries and 27 half-centuries for Pakistan.

Also read: The ‘power couple’ who lost their hearts in the game itself, who had to pay a big price in the French Open on June 10!