The ‘comeback king’ of the Olympic Games, who set the gold line, became the world champion at the age of 67 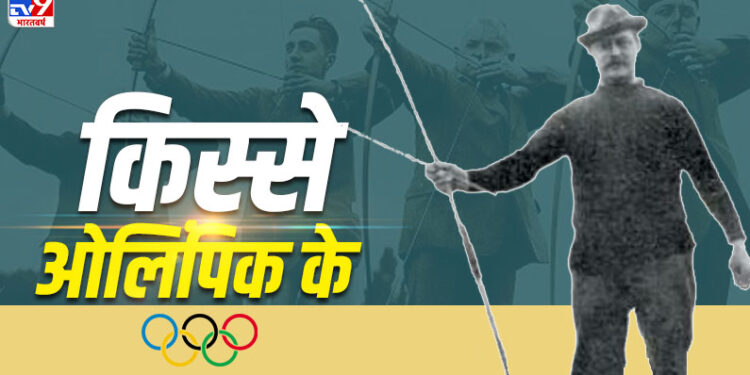 In the Olympic Games, the name of archer Hubert Van Innis is known as a comeback king. Age never affected his performance

The archer Hubert Van is a resident of Belgium.

The Olympic Games have seen many champions but Belgian archer Hubert Van Innis is quite different. He is not just a champion but a comeback champion. The player who proved that age is just a number for a champion player and nothing more. This player made a comeback not once or twice and every time made the world a fan of his performance.

Archer Hubert Van has won nine medals in the Olympic Games for Belgium. This achievement is big because he has achieved this success in a long span of 20 years. Hubert started the sport of archery at the age of 13 and then remained associated with this sport for the rest of his life. Hubert was born in a village in Brussels, Belgium. He used to work as a milk seller in his childhood. He used to sell milk with his dog and then send it home and practice archery himself. At the age of 13, he won the gold medal in archery for the first time in Antwerp. After this he won many big medals in the country in 1893, 1894, 18995 and 1896 also. In 1881, he was given the special Royan Prize in Roogendaal.

Participated in the Olympics for the first time in 1900

Van took part in the 1900 Olympics for the first time. Then he was 34 years old. He participated in four archery events, out of which he won two gold and one silver medal. After his performance, people felt that he would set a line of records and medals in the coming games, although it did not happen. In the 1900 Olympics, live pigeons were used as targets in shooting. It was the first and only time in Olympic history that animals were deliberately killed. One pigeon was released at a time in front of the shooters and the one who killed the most birds in the sky was declared the winner. Van won the gold medal in this as well.

Vans did not appear at the Olympic Games for the next 20 years. The fans had almost forgotten him. Van returned to the Olympic Games 20 years later. When the Olympics were held in Antwerp, Belgium, Van thought he would once again enter the Games. Here he won four gold medals and two silver medals. By winning six medals, he became the real champion of these games. Van never made it to the Olympics after that, but after 13 years he made a comeback at the international level. In 1933, he entered the world championship of archery. At that time his age was 67. Here too he won the gold medal.

The 1900 Olympics were very different

These games were held in Paris for the first time and the organizers organized competitions for five months. Unlike the Athens 1896 Games, there was no opening or closing ceremony. For the first time women had the opportunity to compete in the Olympic Games. American-born Helen de Portelas became the first female Olympic champion. She was part of Switzerland’s winning team in the 1-2 ton sailing event. Britain’s Charlotte Cooper became the first female athlete to win an individual Olympic event. She won the women’s singles tennis event. Track and field events were held in grassy terrain which was uneven and wet most of the time. Weightlifting and wrestling were removed and 13 new sports were added. Cricket became a part of the Olympics for the first and only time. Only two countries, Great Britain and host France, took part in the event.

For the first time in the 1968 Mexico Olympics, a woman player was given important responsibility, history was created