The coach does not work in the New Zealand team, who is just the player and the captain, the big truth came out after the draw match with England 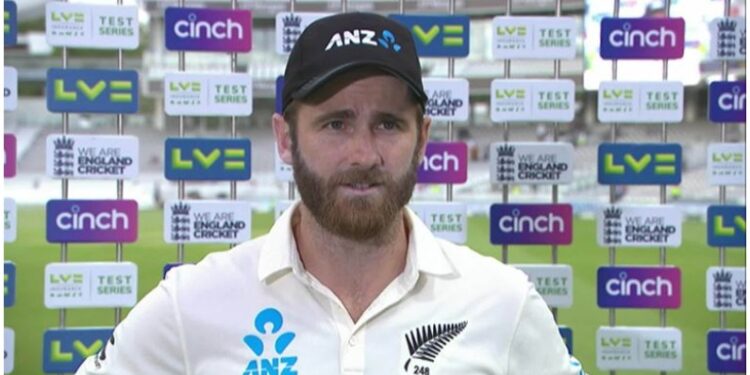 After the draw of the Lord’s Test, New Zealand captain Kane Williamson made a big announcement.

The first Test match played between England and New Zealand at Lord’s ended in a draw. This draw means that now the decisive battle of this two-Test series will be held at Edgbaston. The second and last Test in both the teams will start from June 10. But before that, after the draw of the Lord’s Test, New Zealand captain Kane Williamson made a big announcement. This announcement was going to frighten England before the second Test, then it was going to encourage the Kiwi team. Actually, Kiwi captain Kane had blown the bugle of the return of Trent Boult.

The New Zealand captain said that “Trent Boult has reached England. He is eager to get down on the field and bowl. He will be seen in action soon.” It is clear from this statement of the Kiwi captain that Trent Boult can be seen playing the second Test. And if this happens, then the Saudis who were seen taking the iron alone at Lord’s, they will get to see their real bowling partner in Edgbaston.

The first coach had said – will return from WTC Final

However, earlier the news was that Bolt would be out of the entire Test series against England. This was said by New Zealand coach Gary Stead himself. He had said that “Bolt may not be seen playing in the second Test against England at Edgbaston. But he is set to play in the WTC Final.” However, after this statement of the coach, a statement also came from Trent Boult which was quite the opposite.

The captain’s seal on Bolt’s point, the coach does not work?

Even before coming to England, Bolt has been training continuously and preparing himself for the match. Now captain Kane Williamson has also confirmed his chances of playing in the second Test. It is clear from this that either the coach of New Zealand did not have complete information, the matter related to Trent Boult or the Kiwi of the coach does not run in the team. By the way, the question is also that how can it be good if the coach does not know about the stir happening in the team.

Also read: Only one boundary in 20 overs, a match locking the mouth of those who call T20 a batsman