The champion of Asian Games lost courage, said – now can not qualify for Olympics 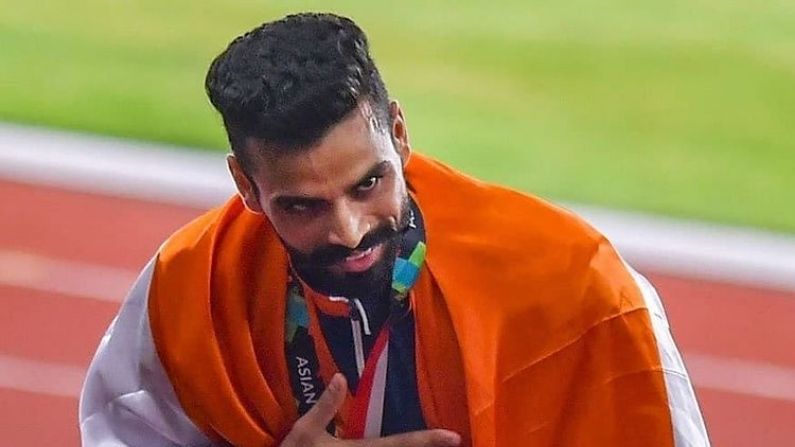 Top Indian athletes will participate in the Indian Grand Prix 4 on June 21 and the National Inter-State Championships starting June 25 in Patiala.

When Arpinder Singh won the gold medal in the triple jump in the Asian Games-2018, his name was everywhere. Since then he was counted among the talented and medal winning players of the country. He was also expected for the Tokyo Olympics to be held this year, but apart from this, Arpinder has not yet been able to achieve the Olympic quota and has lost his courage. His dream of participating in the Tokyo Olympic Games is now over as he says he does not deserve the qualification marks.

Top Indian athletes, who are keen to achieve the qualification mark in their events before the June 29 deadline, will participate in the Indian Grand Prix 4 on June 21 and the National Inter-State Championships starting June 25 in Patiala.

Could not prepare due to lockdown

The 28-year-old jumper told IANS, “Since April, I could not train properly due to the continuous lockdown. So, I am not fit enough to achieve the Olympic qualifying standard of 17.14 metres.”

would have stayed in the form

The Punjab athlete said that if he had been in good form, the qualification mark would have been within his reach. Singh said, “I was out of the national camp and practicing in Thiruvananthapuram with my personal coach Jay Kumar. Repeated lockdowns interrupted my training. My personal best is 17.17m, achieved in 2014, and 17.04m in 2018. But was not getting good training. The lack of practice sessions in the last three months messed up my plans.”

After becoming the champion of the 2018 Jakarta Asian Games, Singh had planned to do well in the rescheduled Olympic Games, but he could not live up to the expectations.

Singh said, “After the Asian Games, I won a bronze medal in the Continental Cup in Ostrava. It was another high point of the 2018 season, but 2019 was average for me, whereas in 2020 I could not get into a good training rhythm due to the pandemic. I started well in 2021 but could not continue my good training due to the COVID-19 crisis in India.

Before the Tokyo Olympics, the Indian team will get the support of these two giants, entered the IOA as a sponsor