The boxer before whom the dictator bowed down, 1 refusal snatched all the titles, know why 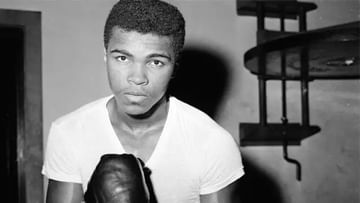 This great boxer got down in the ring and dusted many of his opponents and helped many people by setting an example of humanity outside the ring.

Muhammad Ali is counted among the great boxers of the world.

Mohammad Ali. That boxer in front of whom no one could stand. Quick as a cheetah and punch like a bullet, before the boxer who came in front of Ali could understand anything, Ali used to play him. That’s why Ali is counted among the great boxers of the world. This great boxer was born on this day i.e. January 17 in 1942. But this player was not limited to just boxing ring. Ali fought for humanity outside the ring. He had to pay the price for this too.

If Ali’s titles are mentioned, he was a three-time heavyweight champion. At the same time, he also won the Lenial Championship three times and he was the only boxer to do so. His win-loss record is surprising. In his career, he fought 61 fights, out of which he got defeated in only five.

Refused to be part of the US Army

Ali’s real name was Cassius Clay. But in March 1964, influenced by the American Muslim organization ‘Nation of Islam’ and its leader Malcolm X, he converted to Islam and since then he became Muhammad Ali from Cassius. After this, although he remained on the target of critics, he did not listen to anyone. Ali was as great a person as he was a great boxer. There are two great examples of this. In 1967, war was going on between America and Vietnam. Ali had a chance to be a part of the American army in this war but he refused it. He also spoke fiercely against the discrimination against black people.

Ali had to bear the brunt of refusing to join the US Army. Ali was stripped of all his titles, Olympic medals. He had the option of either going to war against Vietnam or going to jail. Ali had chosen to go to jail. He remained in jail for five years.

15 people were released from captivity

In the year 1990, Iraq’s dictator Saddam Hussain had taken 15 people of America prisoner, the American government was upset. In such a situation, Ali decided that he would go to Iraq and talk to Hussain and try to free the people. Ali reached Iraq. It is said that Hussain made him wait a long time. After this he agreed to meet Ali and after a long discussion Hussain decided to release 15 prisoners, obeying Ali.

WhatsApp Message Pin Feature: Group members who have a lot of messages will benefit from…