The bowler became ‘immortal’ by dismissing Shastri, yet his career ended in a month 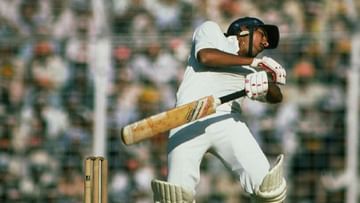 Mark Burmester did not allow Ravi Shastri to go beyond 11 runs.

The dream of every bowler in the world is to blast his very first match and when it is the first match of the country, then the desire to do something increases even more. In this desire to pass, if a team adorned with big stars is standing in front, then there cannot be any better chance for any player to get his name registered in history. Mark Burmester of Zimbabwe also knew this and he blasted exactly as expected. With this explosion, he became the star of his country, but despite this, his career could not last long.

Mark, who has made great players like Ravi Shastri, Sachin Tendulkar, Dean Jones his victim, is celebrating his 55th birthday today. Born in South Africa on 24 January 1968, Mark played international cricket for Zimbabwe. Mark dominated the world when he was selected in the Zimbabwe team for the 1992 World Cup and he dismissed Sachin Tendulkar and Dean Jones in 4 matches played in the World Cup.

Not only this, Mark was also a part of Zimbabwe’s first Test team. Zimbabwe stepped into Test cricket only in 1992 and played its first Test against India. In this match, Mark became the first Zimbabwean player to take a Test wicket. He achieved this feat by dismissing Ravi Shastri. That is, while dismissing Shastri, Mark’s name was recorded in history forever. Mark did not allow Shastri to go beyond 11 runs. He also took the wickets of Kiran More and Anil Kumble.

Mark’s test career started and ended within a month. He took 3 wickets in 3 Test matches for Zimbabwe and scored 54 runs. At the same time, his ODI career lasted from 1992 to 1995. During this, he took 5 wickets in 8 ODIs and scored 109 runs. Due to a back injury, he did not bowl for almost 2 seasons and when he returned fit, the selectors had almost forgotten his name.