The big player first threw the belongings of ‘Dhokhebaaz Girlfriend’, then made the video viral 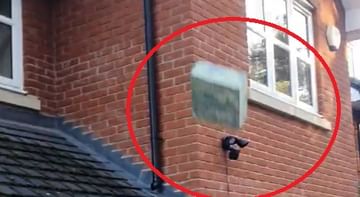 Star footballer Greg Hafford threw all his cheating partner’s belongings out of the house. After this Greg also shared the video

Greg Hafford throws his partner a lot of face

Star football player Gregg Hafford threw his cheating partner’s entire face out the window. Not only this, after this he also shared a video of throwing out the goods on social media. The 38-year-old former Premier League star Gregg has played among England’s top teams from Voles, Sutherland, Reading Club. He played a total of 29 matches in the Premier League. In the video that Greg has shared on social media, it is clearly visible that he is throwing the garden box out of the window.

Many fans supported Greg on this step, while some called it just a publicity stunt. A user said that he will give him 3 thousand rupees for this work. This was a wonderful job. While one said that this is a good step to move forward.

Been far far to long but finally clearing out the cheating c**t ex stuff. pic.twitter.com/HGAzfgcCx4

Some users also criticized Greg on this move. One user said that all the boxes are empty. This is a completely attention-grabbing move. Greg is currently playing for Hashtag United in a league in the North Division. He started his career in 2001. Only a year later signed a professional agreement. After this Greg never looked back.

Greg’s game improved year by year. In 2004–2005 he was voted the club’s youngest player of the year. After this, he got a new home in the form of Reading in 2006, but he hardly stayed with this team even for a year. In 2007 he signed a 4-year deal with Football Premier League club Sutherland. This was the biggest opportunity of his career. After this he joined many big teams.