The batsmen could not even touch 50% of Jofra Archer’s balls, with the team’s victory, a tremendous comeback from injury 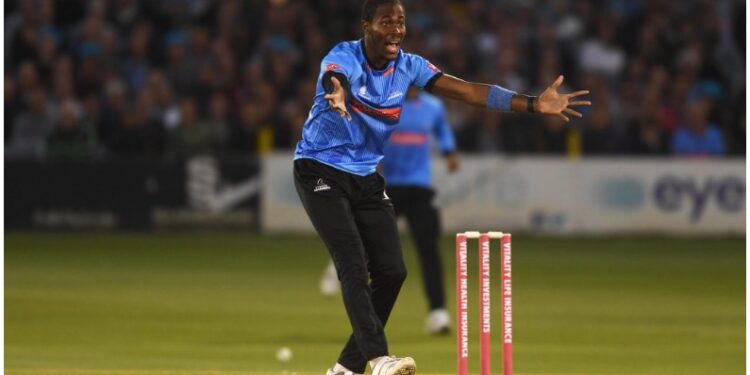 Through this match, Archer has appeared on the cricket field for the first time since May. In May, he suffered an elbow injury in a County Championship match, after which he had to undergo surgery.

The days of the Test series from Team India are now close. And, looking at that, England fast bowler Jofra Archer has indicated his comeback. Archer, returning from injury, played the first match on 18 July and returned with the team’s victory. This match was of T20, which was played in the T20 Blast tournament being played in England. The match was between Sussex and Kent, in which Archer was part of Sussex’s team. Sussex won this match by 4 wickets.

In the first match, Kent batted and scored 130 runs for 7 wickets in 20 overs. Under the leadership of Archer, none of Kent’s batsmen could score a half-century in front of the Sussex bowlers. Two big scores from Kent’s team were 31 runs and 30 runs, due to which he could set a target of 131 runs in front of Sussex. This is not a big total in quick cricket and the Sussex bowlers put in full force to stop Kent on such a low score, in which Jofra Archer’s role was also appreciated.

Archer’s return from injury showed effect on the field

They say that it is not necessary to be pushed into the face of defeat only by taking the opponent’s wicket. Sometimes this work is also done by applying pressure with the ball. If there is pressure from one end, then it gives wickets to the other bowlers. Archer played the same role for Sussex in the match against Kent. Keeping the injury in mind, he bowled only 3 overs in this match. In the first two overs, he was a bit expensive and gave away 20 runs. But when he came to bowl his third over as the 19th over, he got the economy right. Kent’s batsmen could not even touch 9 of his 18 balls in the match. That is, he bowled 9 balls dot in 3 overs. Through this match, Archer has appeared on the cricket field for the first time since May. In May, he suffered an elbow injury in a County Championship match, after which he had to undergo surgery.

Now Sussex had a target of 131 runs, which he achieved by losing 6 wickets in the first ball of the 18th over and the match was already put in his bag 17 balls. The hero of this victory of Sussex was chosen as Ravi Bopara, who scored 19 runs with the bat after taking 3 wickets with the ball. But with this hero, Jofra Archer was also seen returning to the rhythm. It is expected that as Archer plays a few more matches and returns to his rhythm more and thus he will be able to prepare himself for the Test series against India.

Also read: IND vs SL: Team India became No. 1 after defeating Sri Lanka! In this case, the wires related to Pakistan, Australia has also been equaled