The 45-year-old player also created a ruckus in T20, defeating the opposing team with the magic of bowling 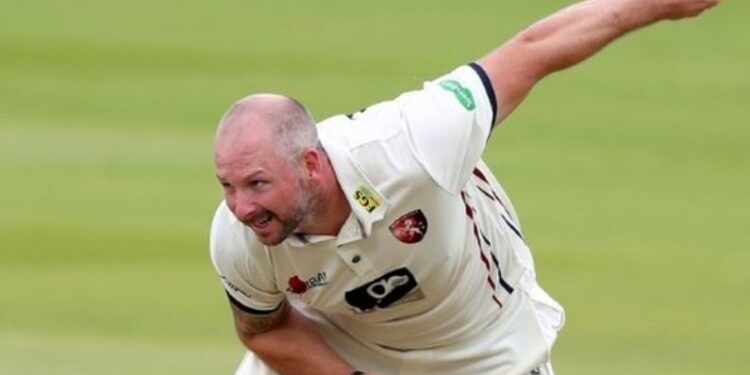 Darren Stevens has been playing cricket since 1997. Although he never became a part of the England team.

Darren Stevens is an England cricketer. The age has been 45 years but still active in the cricket field and amazing things are being done. Till now, Darren Stevens was a rage with the ball and bat for the Kent team in county cricket. Stevens scored 423 runs in eight matches of this county season at an average of 47 and also took 26 wickets. He scored two centuries and played the biggest innings in the form of 190 runs. At the same time, he has taken five wickets twice in bowling. Now he is shining in the Vitality Blast. In the match against Hampshire on June 9, he did not do much with the bat but took two wickets in the bowling and contributed significantly to his team’s 38-run victory.

Playing first, Kent scored 176 for six with the help of 48 runs from wicketkeeper batsman Olly Robinson, 44 runs from Joe Denly and 42 runs from captain Daniel Bell Drummond. Then the brilliant bowling of Fred Klass (four wickets), Grant Stewart and Darren Stevens (two wickets each) allowed Hampshire to score only 138 for nine. Batting first, the top order batsmen of Kent’s team scored runs rapidly. Denly scored 44 off 23 balls with six fours and two sixes, Drummond made 42 off 23 balls with four fours and two sixes, and Robinson scored 48 off 36 balls with four fours and a six. However, all three could not score half-centuries even after a good start.

Drummond and Denly had added 86 runs for the first wicket in seven overs. But after this four wickets fell within 25 runs, due to which the team could not reach 200 runs. Alex Blake (2) and Jack Leaning (1) of the middle order could only score runs. Mason Crane took the highest three wickets for Hampshire.

Chasing the target, Hampshire’s condition remained bad. For him, Darcy Short (29) and James Vince (34) added 51 runs for the first wicket, but after that the rest of the batting fell apart like a pack of cards. Short and Vince were dismissed by 45-year-old Darren Stevens. After that the classes did wonders. He walked Joe Witherly (37), Liam Dawson (9), James Fuller (1) and Ian Holland (4). With this, Hampshire’s team could only score 138 runs while falling. Stevens took two wickets for 22 runs in four overs.

read this also: Suresh Raina praises the man who pulled Ganguly out of the team, also credits him for teaching India to win