Test century at Lord’s, fastest fifty hit, this star also made a record half-century with the ball 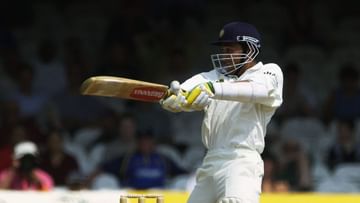 Ajit Agarkar Birthday: The record made by Ajit Agarkar 22 years ago, till today no Indian player could break it.

Ajit Agarkar scored a memorable century by coming at number eight in the Lord’s Test.

The Indian cricket team has always been in need of such an all-rounder, who can do wonders in fast bowling as well as show his blast in batting. At present India They have the best all-rounder in the form of Hardik Pandya. Before that, however, many players came, who raised hopes of good all-rounders, but could never be fully successful. Ajit Agarkar’s name will always be taken in the top five of such a list of many players, whose birthday is today.

Born on 4 December 1977 in Mumbai, Ajit Agarkar was one such fast bowler who came out of the bastion of batting in Indian cricket, whose ability impressed everyone but the frequent ups and downs in his performance kept bothering everyone. Despite this, Ajit Agarkar made some such records in his international career of only 10 years, which are still standing today.

Agarkar, with a lean body, made his ODI debut for India on 1 April 1998 and his debut was a bang. Within just 6 months (182 days), Agarkar completed his 50 wickets in ODI cricket. He made this amazing world record in just 23 matches. He broke the record of Australia’s great pacer Dennis Lillee (24 matches). This record of Agarkar was broken by Sri Lankan spinner Ajantha Mendis (19 matches) after 10 years. By the way, Agarkar is still in third place.

Record maintained even after 22 years

Along with fast bowling, Agarkar had also made his mark with short but quick innings in the lower order. A hallmark of this was seen in the ODI match against Zimbabwe in December 2000, when Agarkar, coming at number eight, created such a storm that everyone was stunned. The Indian bowler completed his half-century in just 21 balls and scored an unbeaten 67 runs (7 fours, 4 sixes) in 25 balls.

Even after 22 years, Agarkar’s 21-ball fifty is the fastest half-century record for India in this format.

Even Sachin could not do the amazing…

This inning gave Agarkar recognition as an all-rounder and then the Indian team started giving him more opportunities with the bat. He started contributing well with ball and bat in ODI cricket. Although, he did not get much success with the ball in Tests, but here also he played a historic innings with the bat. In August 2002, on the tour of England, Agarkar scored a memorable century in the second innings at the historic ground of Lord’s.

He played an unbeaten inning of 109 runs in 190 balls, but still India lost. However, Agarkar did what Sachin Tendulkar could not do in his entire Test career with this century.

Agarkar was also a part of the Indian team in the first T20 World Cup in 2007. However, he played only 2 matches, taking 1 wicket in the group match against Pakistan. Nevertheless, his name was included in the world champion team. In his entire career, Agarkar took 58 wickets in 26 Tests and scored 571 runs. At the same time, he took 288 wickets in 191 ODIs, while also scored 1269 runs.