Tennis star Dominic Thiem pulled out of Wimbledon after Tokyo Olympics, due to wrist injury 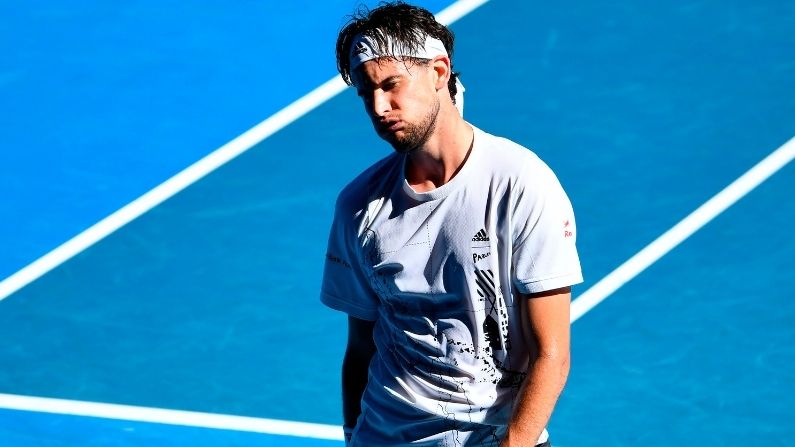 Dominic Theim recently suffered a wrist injury at the Majorca Open. After this match, he went to Barcelona to conduct his test, after which he has now taken this decision.

Tennis star Dominic Theim withdrew from Wimbledon on Thursday. Thiem took this decision due to injury and informed the fans about it on social media. Before Theme, Rafael Nadal has also withdrawn from Wimbledon, in Wimbledon Thiem was going to land with fifth seed but now he has decided not to play Wimbledon.

The 27-year-old suffered a wrist injury while playing a forehand shot against Andrian Mannarino at the Majorca Open on Tuesday. He was also seen in great pain on the court. After this, he got the test done in which it was found that he had come detachment in his wrist.

Thiem wrote on Twitter, ‘After getting into the Majorca Open, Thiem went to Barcelona and got his tests done there. He cannot play tennis for the next few weeks due to an injury to his hand. He will return only after doctors’ opinion. After this statement written by the team, the theme wrote while giving a message to the fans, ‘I will do what the doctor has said so that I can recover as soon as possible. He has told me that I will have to stay away from the court but I am sure I will be back soon. I am withdrawing from three tournaments in my calendar and I apologize for that. These three tournaments are very important for me. I thank you all for your support during this difficult time. I will definitely return.

World number four Dominic Thiem of Austria will also not take part in the Tokyo Olympics. Thiem feels that he is not ready to give his best in Tokyo. The tennis star said that his goal is to give his best at Wimbledon and defend his US Open title and he wants to focus solely on that for the time being. Apart from him, Rafael Nadal has also withdrawn his name from Wimbledon and Tokyo Olympics.

ICC World Test Championship: These batsmen played a lot for two years, know how many Indians in the top-5 of the Test World Cup