Teju Bhaiya of Karampur changed the picture of his poor village with hockey, gave a star like Lalit Upadhyay to the country 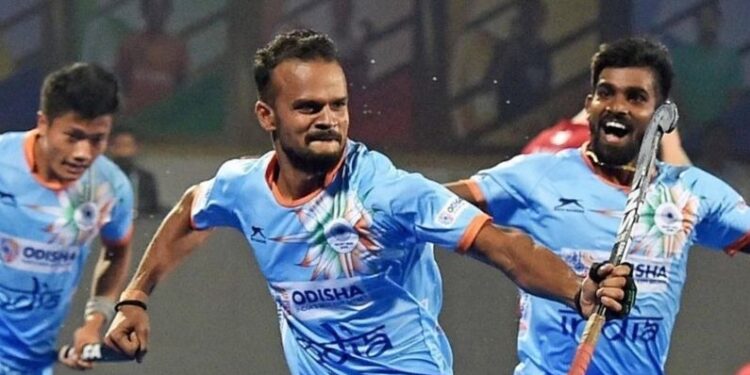 Teju Bhaiya of Karampur has played an important role in the career of Indian hockey team midfielder Lalit Upadhyay. Thanks to him, Lalit is now ready to play Olympics.

The country is hoping for an Olympic medal this time from the men’s hockey team going for the Tokyo Olympics. Lalit Upadhyay of Banaras is an important part of this team. Lalit started playing hockey at the age of 11. However, this journey of his got real meaning when he reached Karampur village and met his ideal and guru Teju Bhaiya.

This village Karampur is situated at a distance of 25 km from Banaras. There is nothing special in this village with a population of three thousand. Most of the people of the village are suffering from poverty and more than half the people are unemployed. But one thing that makes this village special than mango is hockey. Almost every house in this village has a hockey player. Even though they play at different levels, hockey is important to all of them. The credit for this goes to Tej Bahadur Singh i.e. Teju Bhaiya who also played an important role in Lalit’s career.

Teju used to teach the youth to play hockey in this village. He used to help people coming from poor background. They used to give them good food and training and in return their only demand was that the people who came to them should be serious about hockey. Upadhyay also got help in pursuing his career from Teju Bhaiya. Lalit says that Teju has earned so much respect that even the bus fares do not take from the people going to his house. Teju Bhaiya used to organize matches in the village in which a riot-like atmosphere was seen. People used to come from different places to watch and play matches.

However, Teju did not want him to ever be in the news. He went out of his village only thrice. The first time he had to go to Banaras. The second time was when he was to go to Delhi for a heart operation, and the third time in April when he was found infected with the coronavirus. Corona definitely took Teju’s life but his thinking and his dream are still alive today.

Lalit is on Teju Bhaiya’s path

Even today many children practice hockey at his house, who are given three meals a day and good training. All this happens for free. Whenever Upadhyay goes there, he takes hockey sticks, T-shirts and shoes for the children. He believes that Teju came forward when he wanted help, now he himself wants to help other players like him. Lalit now wants to fulfill Teju Bhaiya’s dream by winning a medal for the country in the Tokyo Olympics.

Lalit Upadhyay: Career was ruined by a sting operation, the hero of Team India was made by the trust of Dhanraj Pillai