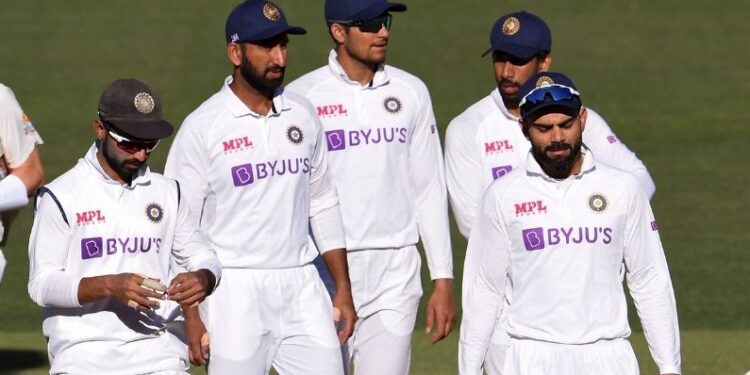 Before India, New Zealand has also announced its 15 players for this final, out of which all the big names of the team are included.

The final of the Test Championship is to be played between India and New Zealand in Southampton from June 18.

The Indian team is now ready for the ICC World Test Championship final against New Zealand to be held in Southampton from June 18. Match practice is over. Daily practice is going on in the nets, but the most important work in this episode has also been completed. For the final match, 15 players of Team India have been announced, out of which the playing XI and 12th player will be selected on June 18. Under the captaincy of Virat Kohli, Team India has included 5 fast bowlers, while Rishabh Pant and Wriddhiman Saha are part of the team as wicketkeepers. However, Mayank Agarwal or KL Rahul has not been able to find a place as a back-up in the team for the role of opener.

The Indian team had announced the names of 20 players for this final and the entire tour of England only last month. Apart from these, 4 standby players were also selected. All these 24 players have been frozen in Southampton since June 3 and are preparing with full force to beat New Zealand in the final.

Batting order is set, decision will have to be taken in bowling

The 15 probables selected out of 20 members of the Indian team that went on the England tour are the same, which was being speculated from the beginning. The responsibility of opening has been given to Rohit Sharma and Shubman Gill, while the middle order will be punished as usual with Cheteshwar Pujara, Kohli, Rahane and Rishabh Pant.

Hanuma Vihari has also got a place in the team, but his inclusion in the playing XI seems difficult. In such a situation, he can also land as an opener if needed, because no one has been kept back-up in the team for this position.

Both the legendary spinners, Ashwin and Jadeja, have been included in the team. In such a situation, Akshar Patel, who created panic in the debut series against England, had to be dropped, which seemed to be predetermined. The five major pacers of the team are involved in fast bowling.

Before India, New Zealand had also announced its 15 players on Tuesday, which is as follows-