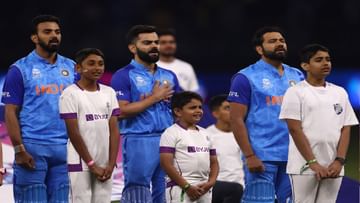 The three-match ODI series between India vs Bangladesh will be played from December 4. The third match was to be held in Dhaka but now it will be played in Chittagong.

The Indian team is currently on a tour of New Zealand where after winning the T20 series, they now have to play the ODI series from Friday. After this tour, the Indian team has to play ODI and Test series against Bangladesh next month. A big news has come to the fore even before the Bangladesh tour. Actually India and Bangladesh There has been a big change in the third match of the ODI series between. The venue of the third ODI itself has been changed.

The third ODI between India and Bangladesh was to be played in Dhaka but now this match will be played in Chittagong. Indian team has to play ODI series against Bangladesh from 4th December. The third ODI was to be held in Dhaka on December 10 but the Nationalist Party of Bangladesh has announced a protest on the same day and a rally is also to be organized on the same day. Amid threats of protests, the Bangladesh Cricket Board has changed the venue of the match in view of the safety of the players.

The first three ODIs were to be held in Dhaka only.


There can be changes in the squad

Let us tell you that there is still a change in the squad of Team India. There are reports that it is difficult for Ravindra Jadeja to be fit till the Bangladesh tour, in which case other players can be given a chance. Please tell that Jadeja had suffered a leg injury during the Asia Cup.